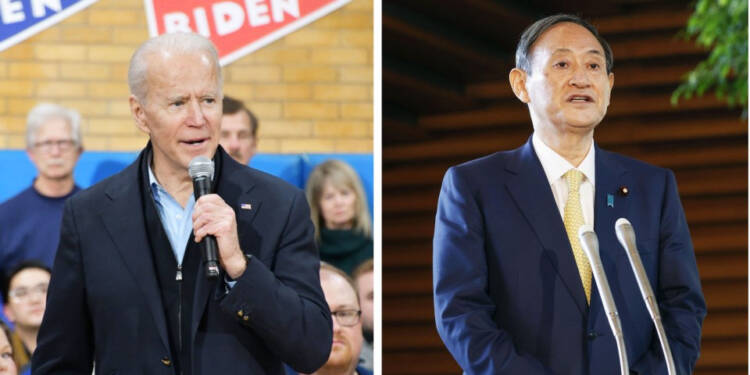 The East China Sea is fast seeing an escalation in tensions triggered by unwarranted Chinese belligerence over the Senkaku Islands. Japan is in no mood to relent, and long gone are the days when Tokyo would take to placating Beijing and pleading it to not launch an attack. Now, Japan is waiting for China to make the first move, so that it can thrash the living daylights out of it. Yet, Tokyo must brace itself for a betrayal by its closest ally – the United States. Under the new Biden administration, the sole focus of which is to woo China and Iran, American troops are about to be withdrawn from Japan and dispersed all across the Indo-Pacific.

Joe Biden might be a slow and lazy man, but he is most definitely cunning. As such, his administration is now trying to project the troop repositioning in the Indo-Pacific as a positive development which will make the U.S.’ posture in the region more ‘agile’ and secure American troops from advanced Chinese missile offenses. Yet, at the core of the troop repositioning lies the fact that American forces will need to be taken out of permanent bases and shifted to more non-traditional venues across the contested region, which will leave U.S. allies like Japan in the lurch.

According to a report by Nikkei Asia, the U.S. will deploy its Indo-Pacific military presence far and wide rather than keep it concentrated at a handful of bases as it seeks to protect itself from China’s advanced missile capabilities. This is especially bad news for countries like Japan, where the U.S. has a large, concentrated mass of troops.

The dispersal programme being executed by the Biden administration at permanent bases in locations such as Yokosuka, home of the Navy’s 7th Fleet and where 12 large warships are stationed; and Okinawa, where more than half of the 50,000 U.S. military personnel stationed in Japan are located will most definitely lead to a vacuum of allied forces for Tokyo.

Let us try and explain the USA’s dispersal of troops with an example – consider the Senkaku islands, which although are sovereign Japanese territory, are being eyed by an expansionist China on a daily basis, due to which the CCP has deployed its coast guard to regularly intrude into Japanese waters and thus escalate tensions with Japan in the East China Sea.

Read more: ‘It was an error,’ Biden administration walks back on its stand on Senkaku islands irking Japan

In fact, recently, Xi Jinping has even accorded China’s coast guard with tremendous powers of firing at ‘foreign vessels’ at sight and forcefully evicting them out of Chinese-claimed waters. The coast guard has also been told to dismantle all physical features and structures belonging to foreign powers in areas illegally claimed by China.

This is the best China can do. Anything over this, and there will be war. However, Biden’s plans of troop dispersal will make the invasion of Senkaku islands by China a cakewalk, as there will not be sufficient American troops to defend Japan’s sovereignty over the islands unlawfully called by China as the Diaoyu.

It is solely the concentration of American troops in Japan which is deterring China from launching a full-blown armed offensive against Tokyo. Remove American troops from the equation, and a power symmetry of sorts is created between Japan and China, which the latter will most definitely take advantage of.

Many might argue that the dispersal of American troops in the Indo-Pacific is a Trump-era strategy, which Biden is simply executing. Most definitely it is. However, Biden is only conveniently pulverising Japan and opening several avenues for China to attack it. Biden’s troop dispersal is centred around the repositioning of existing American troops in the Indo-Pacific, which is a disaster to say the least. On the other hand, former President Donald Trump was withdrawing American troops unnecessarily deployed in Europe, Afghanistan and the Middle East.

The troop repositioning of Donald Trump nowhere included compromising on existing permanent bases in the Indo-Pacific and playing with the quantum of forces present there. Even if troops would be transferred to other areas in the region from such bases, they would be compensated for by the incoming troops withdrawn by Trump from other parts of the world.

Biden has no such plan. His sole motive seems to be that of ensuring China has a free-run in the Indo-Pacific, and invades any part of it which Xi lays his eyes on. Already, the Biden administration, unlike its predecessor, has taken an about-turn on the subject of Japanese sovereignty over the Senkaku islands, with US Defence Department spokesman John Kirby recently apologising for calling the islands as recognised territories of Japan. This, added with Biden’s troop repositioning plans, make it quite clear that the current U.S. administration is simply insincere towards its closest allies.