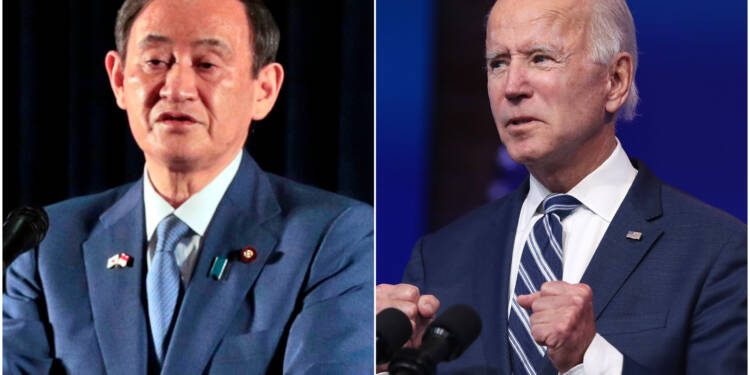 In a move that will sour Japan-US ties, the US Defence Department spokesman John Kirby has offered a clarification over the statements he made on Tuesday, whence he underlined US support to Japanese claims of sovereignty over the Senkaku islands which China claims and calls the Diaoyu. The clarification not only rescinded the previous support but has also watered down the level of protection Donald Trump had offered to Japan.

John Kirby had earlier supported Japan’s sovereignty over the Senkakus and referred to them as ‘Japanese-controlled’ which was disputed by China and received warmly by Japan. But now he has called it an ‘error’ which he ‘regrets’ and has moved towards watering down the Biden administration’s stand on the Senkakus asserting that there is ‘no change in the USA’s policy’. This is being read as a move to placate China, which had earlier protested Kirby’s remarks.

Spokesman John Kirby of the U.S. Defence Department said on Friday that his recent remarks in support of Tokyo’s statements about the sovereignty of the Japanese-controlled, China-claimed Senkaku Islands in the East China Sea were a “mistake” and apologised for any misunderstanding.

He clarified that there had been no change in USA’s policy over the Senkakus and that USA’s position of neutrality still maintains. He said, “There is no change to U.S. policy regarding the sovereignty of the Senkaku Islands, I do regret my error.”

The Trump administration had stated that the Japan-U.S. Security Treaty applies to the Senkakus and that the United States opposes all unilateral actions aimed at contesting Japan’s administration over the islands. But John Kirby’s initial statements were a step forward from the earlier stand, which he has now walked back on.

The clarification indicates the insincerity of the Biden administration and its non-commitment to Japan-US ties in the face of heightened Chinese aggression. Now, walking back on its earlier stand may not dwell well with the Japanese government. Before taking his words back, John Kirby had said, “We hold with the international community about the Senkakus and the sovereignty of the Senkaku, and we support Japan obviously in that sovereignty.

The statements were made during an off-camera press briefing where he was responding to questions on the escalations of tensions in the East China Sea due to China’s controversial open fire law.

The law states that China’s coast guard vessels could open fire on foreign vessels which try to interfere in Chinese territory. After the law was enacted the region has seen increased patrolling by Chinese coast guards to assert their dominance in the region and have been spotted near the disputed territory of the islands.

Beijing’s aggressive posture led to Japan amending the interpretation of their own law. Under the new interpretation, the Japanese Coast Guard can directly fire a weapon against foreign vessels aiming to land on the Senkaku Islands in the East China Sea.

The Biden administration has been soft on China but Kirby’s statement offered a slight hope to USA’s allies on the US stand over the sovereignty of Japan in the Senkakus. The clarification has brought back concerns in Japan about the Biden administration’s position on Chinese belligerence in the East China Sea. Besides, the dilution of USA’s earlier stand reeks of diplomatic pressure from China and Biden has once again bent the knee.

Japan had made the amended interpretations of the law after Kirby had issued statements over USA’s continued support for Japan’s sovereignty over the Senkakus. But a reassertion through this apologetic clarification is a signal to Japan that US would not accept any unilateral approach to solve the issue of the disputed territory seemingly pulling the rug of support that Japan had earlier enjoyed under the Trump administration.

The clarification is also a sign of the increasing Chinese influence and complacency on the part of the Biden administration on Chinese belligerence. Biden’s statements and policies have displayed a continued softening of USA’s position against China’s illicit and aggressive activities.

Ever since Biden came to power, China has sanctioned former US administrators, conducted massive sorties over Taiwanese territory and have permitted its coast guard to open fire in disputed waters among others. In response the US has offered weak statements, a lot of lip service and no solid responses to back its allies. Kirby’s unneeded clarification is in line with the sort of stand the United States has taken while supporting its closest allies. It is weak and unexpected of a superpower to so meekly give a free hand to a foreign power that is a threat to international peace and security.