Taxing the super-rich, recurring relief cheques and tax on wealth: Bernie is burning America and the torch is in Biden’s hand 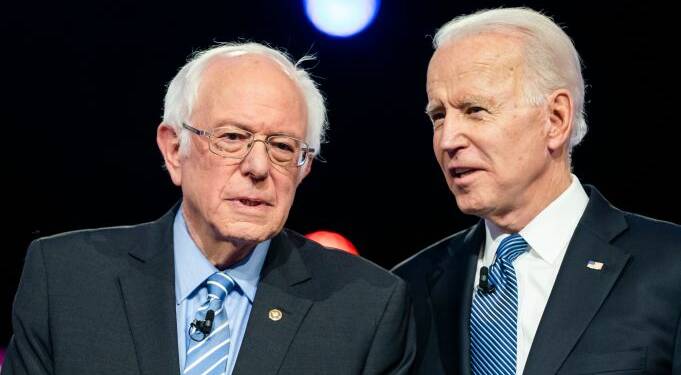 Bernie Sanders- the most radical socialist in the United States to date, seems to be in control of the Biden administration. The radical left has already pushed through a number of populist measures after the Biden administration came to power. But now Bernie and his supporters are rooting for even more radical measures like recurring relief cheques and enhanced taxation on capital gains.

A group of ten Democrat Senators, including Elizabeth Warren and Bernie Sanders, has written a letter to Biden. The letter proposes recurring support payments to lower-income Americans. And the proposal is to make payments over and above the one-time $1,400 stimulus cheque which forms a part of Biden’s Coronavirus Relief Bill. The US is already not in a comfortable fiscal position and if Bernie’s proposals get implemented, then it would wreak havoc on the American economy.

We know that Bernie is the external power controlling the Biden administration, because of the radical left turn that the US President is taking. Now, the Bernie camp wants recurring cheques for an indefinite period arguing that additional cash assistance is necessary till the time the American economy fully recovers from the pandemic induced downturn.

Apart from the recurring cheques, Bernie is also rooting for automatic unemployment insurance extensions. The group of ten Democrat Senators also wrote that they want the US President to include their proposals in a future economic recovery bill.

The letter addressed to President Biden read,  “As you prepare your Build Back Better plan for long-term economic recovery, know that we are ready to work with you in support of recurring direct checks and extended unemployment insurance benefits to support Americans who are still struggling during the pandemic.”

The radical left lobby within the Democrats, led by Bernie Sanders, is pushing hard for such populist measures. Earlier this year, more than 50 House Democrats, led by Rep. Ilhan Omar, urged Biden to adopt a plan for recurring payments until the end of pandemic.

The radical socialist lobby feels that it must go berserk till the time Biden is in power. This is why Bernie is coming up with outrageous ideas like taxing capital gains at the same rate as ordinary income for taxpayers with a household income of $250,000 or more.

Bernie’s capital gains tax proposals, if implemented, would make the US rather unpopular as an investment destination. In fact, the Vermont Senator wants more than 50 per cent tax on capital gains by the super-rich.

Bernie also wants a wealth tax of 2 per cent on wealth over $50 million, and 3 per cent on wealth over $1 billion. So, basically, Bernie has a socialist agenda, which is even more radical than the socialist States. And if he succeeds in getting Biden to agree upon his agenda, then the US economy would simply lose its ability to attract investments.

Yet, the high rate of taxation that Bernie wants is not the only issue. The ideas that the radical left is putting in Biden’s mind can take a huge toll on the US economy.

Make no mistake, the Coronavirus Relief Bill and other populist measures have already put a lot of burden on the American economy. The US Federal Reserve’s balance sheet already soared past  $5 trillion in assets last year itself because of all the bonds and extended loans to banks, mutual funds and other central banks as a part of an effort to battle the pandemic induced downturn.

Now, if the radical left wants even more populist measures, then the Fed Reserve will be forced to purchase even more bonds in order to sustain the increasing pressure. As such, there is no room left in the American economy to accommodate the demands which Bernie and his supporters are making. Bernie’s policies are bound to destroy the American economy and Biden seems to be the facilitating agent.