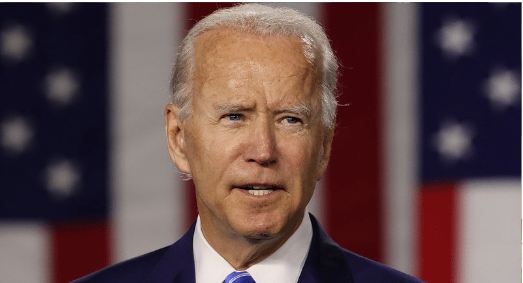 “Democracy Dies in Darkness” is the Washington Post’s rather profound tagline. Going by the same, the 46th President of America – Joe Biden is killing democracy every day. Darkness has surrounded the White House, and to get any information out of it unless one is an outspoken Democrat sympathiser, has become practically impossible. So much for Biden’s assertions that with him, “truth and transparency” would make a comeback to the White House and American governance at large. As it now turns out, the 78-year-old is even scared of taking questions from his own colleagues!

On Wednesday, Joe Biden, accompanied by House Speaker Nancy Pelosi, D-Calif. and the House Democratic Caucus, addressed lawmakers on the topics of COVID relief and the ongoing vaccine rollout. He closed his remarks by calling on Democrats to help “restore faith” in government. After his closing remarks, Biden got ready to take some questions, and said, “I’d be happy to take questions if that’s what I’m supposed to do, Nance. Whatever you want me to do.”

You might think that Joe Biden might have answered multiple questions in a comprehensive manner, after making his willingness to be probed known. However, soon after offering to take questions, Joe Biden disappeared from the live stream, and the stream as a whole came to an end subsequently. A message which read “Thank You for Joining” soon appeared in the blue backdrop. To put it simply, Biden took no questions!

BIDEN: "I'm happy to take questions if that's what I'm supposed to do…"

This, added with the fact that the President has not addressed a press briefing even after six weeks of taking over the Oval Office does not auger well for his attempted character-projection, of being a ‘true and transparent’ leader at the helm of a clean and honest government. He has though, engaged in captivating conversations with media cheerleaders masquerading as journalists. However, Biden has not answered tough questions.

What further shocked Americans was the White House’s outright denial of publishing details regarding who attends the Presidential residence and its offices virtually. “Virtual meetings will not be subject to release—in the same way that previous administrations didn’t release phone logs—but we’re planning on regularly releasing the attendee lists for in-person meetings at the White House,” a Biden official told Politico.

But that’s not all. Autocracy has arrived in America in the form of socialism. The schedules for the president and vice president are not being posted online any longer. The White House comment line is shut down and there are no citizen petitions on the White House’s website. On his first day in office, Joe Biden rescinded a Trump executive order requiring that agency guidance documents be published online and made searchable. Following the same, agencies have begun taking down some documents posted by them previously – further contributing to the levels of shadiness in American governance under Biden.

It could be either that Joe Biden is a lazy, lethargic, slow and mind-numb man, or that he is an autocrat. We believe that he is all of the things which have been stated. The man is unfit to be President and the levels of darkness that surround the White House ever since Biden took over most definitely indicate that nothing good and honest is happening inside the white halls of Biden’s new home.