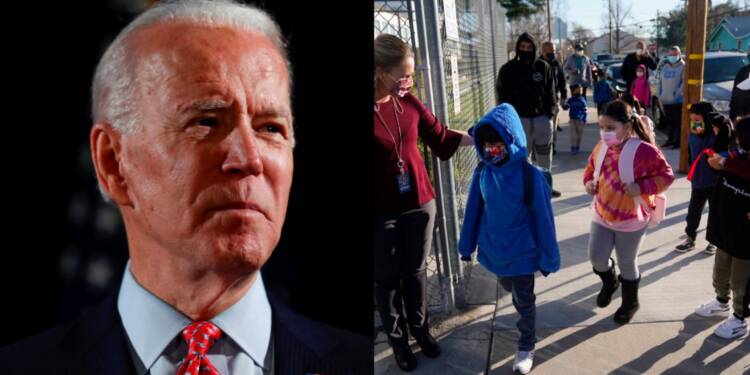 Kids in the US are showing acute symptoms of mental health and are even reaching a point of self-inflicted harm. The pandemic has been hard upon the whole of the general populace, but kids are at the most affected. The pandemic has isolated them, bludgeoned their schooling and confined them to the corners of their room.

The children in the US have been stuck in their homes for over a year. At an age when American kids would be getting a proper education, making friends, engaging with society at the level of their tender age of development, go on dates and attend proms, they are stuck in their rooms all day with a computer screen trying to educate them.

The thought of being stuck in a room for over a year with just your laptop is scary but that is the actual scenario in the US right now. This situation has also had grave repercussions on the kids. They have developed symptoms of mental health issues.

The children get irritated easily and display their agony in the form of self-inflicted harm. According to an analysis by Fair Health, lockdowns have been destructive for children in the US. The analysis states, “The COVID-19 pandemic has had a profound impact on mental health, particularly that of young people … School closures, having to learn remotely and isolating from friends due to social distancing have been sources of stress and loneliness.”

Here’s the thing about adolescents, they need social interactions to grow and learn from engagement in real life rather than on a computer screen. Sitting in a classroom helps them develop their social skills which certainly can’t be achieved while attending classes virtually.

The numbers which prove how impacted the kids make for a scary and alarming read. In March 2020, insurance claims for deliberate self-harm by children aged 13 to 18 were up 90 per cent from the previous year. Self-harm cases grew by almost 100 per cent in the following month. In March, requests for medical assistance for opioid overdoses increased by 95%, and in April, they increased by 113%. Those figures remained high throughout the fall.

The kids are even using opioids and other narcotics to try and reach for an escape which does not seem to be on the way. Addiction to such narcotics at such a young age can hamper their development. Moreover, using drugs will certainly exacerbate the mental health issues which the kids are developing at an alarming rate. This will affect their career prospects and significantly hamper their growth into responsible adults. But most importantly it is killing their childhood.

The need for children go to school can be supported by the fact that children in the US are ten times more likely to die from suicide than from the coronavirus they’re meant to be protected from.

Moreover, kids from lower-income groups need schools to provide them with their daily needs. They depend on school meals and the education that they can get, which they are being deprived of now. It needs to be addressed. The kids in the US should not suffer because a President has decided to tow his political lines over the needs of children.

The schools need to re-open not just for the sake of achieving a political statement from either the Republicans or the Democrats, but for the sake of the kids, their health, and their future. People need to set their differences aside and stop towing their political lines and think of the kids who are suffering miserably at such a young age.

It has been more than 40 days of the Biden administration and while Biden has pushed agendas imprinting the line of the Democrats, he has co-joined the help for school in his stimulus package. The package was always going to receive major pushback from the Republicans because of Biden’s reluctance to consult and push for a bipartisan stimulus check. This is wholly irresponsible on the part of the President as he did not give any weightage to the kids, their health or their futures.

There are a few Democrats who do not even wish to go back to normal. They believe that this is the new normal, oblivious to the fact of how gravely, this new normal which these people are trying to achieve, is affecting the kids in the US. These people include the now-disgraced New York Governor Andrew Cuomo, and other officials, including the LA teacher union leader who is ‘alarmed’ that the US is edging back to such normalcy that had existed before the pandemic.

The need of the moment is to let children return to their schools. Their mental health, their education, their concerns should be on the top of the priority list rather than being latched to a huge political score in a bid to gain brownie points.