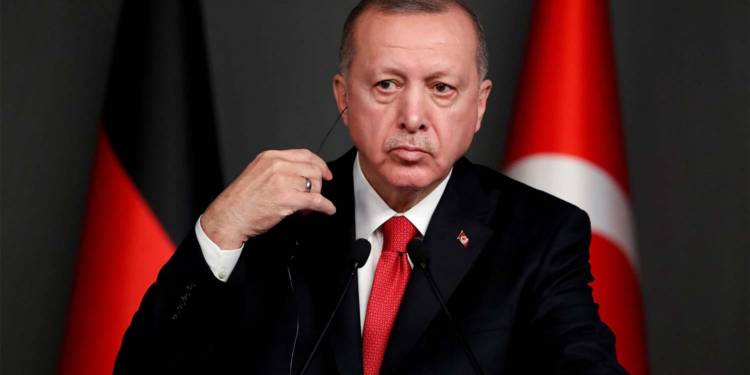 Turkey’s overbearing foreign policy has moved beyond its abilities due to the ambitions of Erdogan to become the new leader of the Middle East. He wanted to reclaim the glory days of the Ottoman caliph. However, the formation of a united front via Abraham Accords, stern stance of the USA and the European Union as well as diplomatic losses at the hands of Putin made Erdogan retract his steps. While earlier, Erdogan stayed silent on Iran and focused on tackling the Saudis and other regional players, now Turkey is overtly positioning itself against Iran to get into the good books of the long-standing US allies in the Middle East & North Africa (MENA) region.

Turkey and Iran called in each other’s ambassadors as Turkey threatened to attack Kurdish separatists on Iraq’s Mount Sinjar, an area used by Iranian militants to cross into Syria. The diplomatic spat has stemmed from a disastrous Turkish raid on Mount Gara in the northern part of Iraq in February, which culminated in the deaths of 13 hostages. The banned Kurdistan Workers’ Party, or PKK, is said to have executed the prisoners, according to Turkey.

This is an obvious attempt by Turkey to get in the good books of Saudi Arabia, Israel and other Abraham Accord countries. It wants to use the diplomatic spat and overt confrontation with Tehran to show the Arabs and Israelis that they all are on the same side.

Recently, Turkey and the UAE have discussed removing trade barriers, a Turkish official said, adding the overtures encouraged a recent decision to restart flights between the capitals halted by the pandemic. Ties between Ankara and Riyadh appear on the verge of a return to cordiality, thanks in part to the detente between Turkey’s ally Qatar and the four-nation Saudi-led bloc that imposed an embargo on Doha in 2017.

Turkey has now intended to drive the PKK out of Sinjar to sever its links to Syria, where affiliated militants are a dominant power. This has caused a conflict with Iran because Iranian-backed militants use the area to cross into Syria and these actions by Turkey will dismantle these safe passages for the Iranian militants and proxies.

It antagonized Iran’s government so much that Iran’s ambassador to Iraq, Iraj Masjedi called on Turkey to withdraw its forces from Iraq and avoid targeting Mount Sinjar. “What has Sinjar got to do with Turkey?” Masjedi said in a recent interview with Kurdish Rudaw TV. “This is an internal matter and the Iraqis themselves must resolve this issue.” To this, Turkey’s ambassador to Iraq responded by a tweet. It stated, “Yes, I have seen that. Ambassador of Iran would be the last person to lecture Turkey about respecting borders of Iraq.”

Yes, I have seen that. Ambassador of Iran would be the last person to lecture Turkey about respecting borders of Iraq.

These sudden trends lead us to common observation and that is, Turkey is trying to find common ground with the Arabs and Israelis. And what can be a better way than to stand overtly against Iran and showcase the commonality with the intended countries?

During the Nogarno Karabakh conflict between Armenia and Azerbaijan, the conflicting positions among Iran and Turkey were on display. But, due to the interests and geopolitical calculations, the two countries did not come out against each other overtly. At that time, Turkey was trying to take on Saudi Arabia and its regional allies. However, as things have changed and in the current Biden administration, the Israelis and Arabs have come even more closer, Turkey has understood that joining these countries is the best possible geopolitical calculation.

With the disastrous foreign policy of Joe Biden, the Arabs and Israelis are trying to come together to form a security and military alliance. Turkey understands that it is better to side with these countries rather than be a one-off country in the region that is coerced by the USA on one hand and face Iran on the other hand. Understanding the current power dynamics, Turkey has started dancing to the tunes of the Arabs and Israelis and it’s a good thing for the world.