Trump came and dumped it, but the damage is done 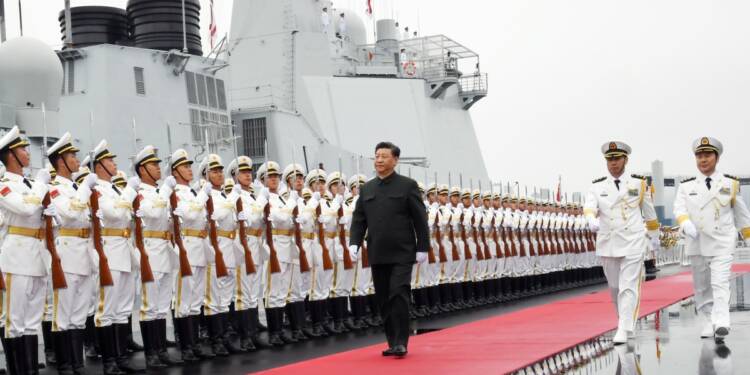 The USA has come too late to the party. While China was strengthening its defence capabilities in the East and South China sea, the USA was merely sailing its ships from one end of these seas to another. It is said that it takes a lot of efforts to undo the follies of idealists. All this while, when the US administrations were focused disproportionately on Russia, China was building its military arsenal and slowly changing the hard power status quo in the East and the South China Seas.

A report by Asia Nikkei has divulged how the Chinese are tilting the power balance in their favour in the East Asia region. China currently possesses a diverse nuclear arsenal in order to thwart any possible US military advance inside the second island chain which runs from southeastern Japan out to Guam and south to Indonesia. As a result, the US policy of relying on the Navy and Air Force has been less feasible. Ground-based intermediate-range missiles are China’s strong suit. According to the Pentagon, China has 1,250 such weapons, while the United States has none. The Intermediate-Range Nuclear Forces Treaty, which prohibits the production of ground-based missiles with ranges of 500 km to 5,500 km, is to blame for this chasm. Although the more practical-minded Trump administration discontinued the treaty, as it expired in 2019, but the damage had already been done.

Read more: US exiting the INF treaty with Russia had nothing to do with Russia. China just realised it and now it’s issuing threats.

The USA had signed the Intermediate-Range Nuclear Forces Treaty with Russia in 1987. The INF Treaty banned all of the two nations’ land-based ballistic missiles, cruise missiles, and missile launchers with ranges of 500–1,000 kilometres (310–620 mi) (short medium-range) and 1,000–5,500 km (620–3,420 mi) (intermediate-range). And while the US administrations were happy claiming victory, the Chinese Communist Party capitalized on this opportunity.

Now China is posing a serious threat of a possible change in the status quo in East Asia. China is currently in a position that it can threaten the presence of the USA in the region and thereby, the safety and security of its alliance partners. As per the Pacific Deterrence Initiative that the U.S. Indo-Pacific Command has submitted to Congress and Nikkei has reviewed, the U.S. will bolster its conventional deterrence against China, establishing a network of precision-strike missiles along the so-called first island chain as part of $27.4 billion spendings for the Indo-Pacific theatre over the next six years.

However, it looks like this has come a little too late. In a speech at the Washington-based think tank American Enterprise Institute on Thursday, Adm. Philip Davidson, commander of U.S. Indo-Pacific Command, said there are concerns about the next six years as a period when China may look to change the status quo in the region, such as with Taiwan. He said there is “a fundamental understanding that the period between now and 2026, this decade, is the time horizon in which China is positioned to achieve overmatch in its capability, and when Beijing could, ‘could,’ widely choose to forcibly change the status quo in the region.” He added, “and I would say the change in that status quo could be permanent.”

The Trump administration had dumped it, but the damage had already been done. The Chinese PLA has 1250 ground-based intermediate-range missiles, while the USA has none owing to its INF treaty of 1987 with Russia. The Trump administration was aware of the growing Chinese Nuclear threat and was, therefore, looking to base its strategic weaponry in China’s backyard.

However, now it is a race against time, as the USA tries to change its course and move towards a more traditional approach of deploying weapons. Today, US forces in Japan do not have any missiles capable of reaching China. However, in the Nansei Islands, which include Okinawa, Japan’s Defense Ministry has been beefing up its long-range missile capability. The U.S. has about 132,000 troops stationed in the Indo-Pacific, according to a Japanese defence white paper.

Although the investment plan features “highly survivable, precision-strike networks along the first island chain” as a central element, it would be interesting to see if the USA will overtake China in the rapid militarisation in East Asia.