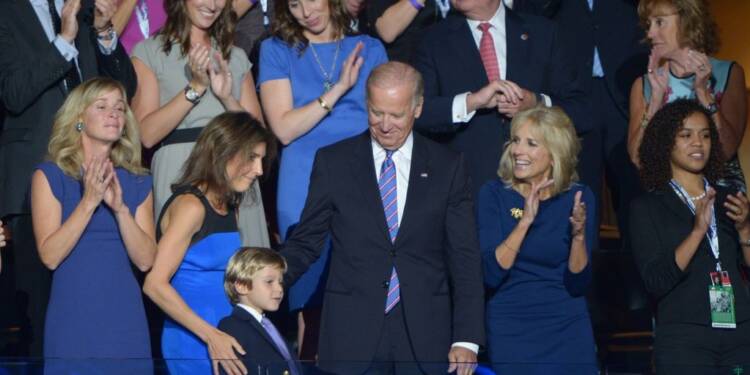 Since his term as the Vice President in the Obama administration, US President Joe Biden had been a host to lavish private parties. These parties were thrown at the expense of the taxpayers and dozens of reporters, journalists and news anchors were invited. These media houses are now extensively returning the favour and are leaving no stone unturned to help the Biden administration with the same intensity they were bent on vilifying the previous one.

Hundreds of reporters, journalists, and news anchors had a tight friendship with Joe Biden and his family, dating back to his Vice Presidency. They were known as ‘Biden Beach Boardwalk Bashes,’ thrown at the taxpayers’ expense at the Vice President’s residence.

Biden Beach Boardwalk Bash was a pool party held in June on the grounds of the US Naval Observatory in North-West Washington (D.C.), at the Vice President’s Residence (VPR). Joe and Jill Biden hosted the event, which was attended by the entire Biden family, including Hunter Biden. There are only a few reports about the lavish parties and the conversations that took place and these reports have been published by only selected outlets.

During the parties, Biden would often say things like, “You do something for my kids; I’m in your debt forever.” The obliged journalists kept getting invited to the lavish parties at the VP’s Residence. Wining and dining with important people, Biden provided them with that space to socialise. In return, Biden was provided with extremely positive news coverage during the Presidential election and more.

At the height of the drama that the US Presidential election brought, an explosive story was broken on Hunter Biden and his laptop. But, CBS, ABC, NBC, CNN, The Washington Post, The New York Times, and other media portals ignored the Hunter Biden laptop story of 2020. These are some of the most read and seen national news channels in the USA and they unanimously decided that a potential President’s sons’ collusion with foreign powers using his name was definitely not important.

CBS anchor and correspondent Norah O’Donnell, an invitee to the parties, interviewed President Biden in her pre-super bowl interview. The interview, originally 20-minutes-long was cut down to 12 to cover Biden’s fumbling, asking hand in glove questions, and let him propagate lies about his past engagements with Chinese President Xi Jinping.

According to sources, Biden has a total of more than 40 hours in one on one meeting hours with Xi Jinping. The fact that it has been reduced to 20-24 hrs by Biden speaks volumes that he does not wish that the common American knows the actual number of hours he has spent with his Chinese counterpart.

And Norah O’ Donnell, like the petted and vetted journalist that she is to Biden, did not contradict any of his statements, and there were no inquisitive questions. It is compromised journalism, with a President who is also compromised and the personal relationship between the journalist and the President amounts to ‘intentional elitist deceit.’

Moreover, the fact that most Americans do not even remember Tara Reade, speaks volumes about how the mainstream American media colluded to protect their favourite politician.

Hundreds of influential Washington journalists attended the grand parties thrice. According to White House visitor logs—in 2011, 2014, and 2016, no reporters from right-wing or conservative news organisations were invited. The only criterion for the invitation was dependent on how you covered Biden and his family.

These journalists enjoyed these parties very much and wanted to be invited every year. This was the sort of social grandstand that these journalists knew, they could never achieve on their own. So they kept Biden and his family’s past out of the mainstream media and picked up the dog treats Biden fed them with immense joy and they had a wonderful time.