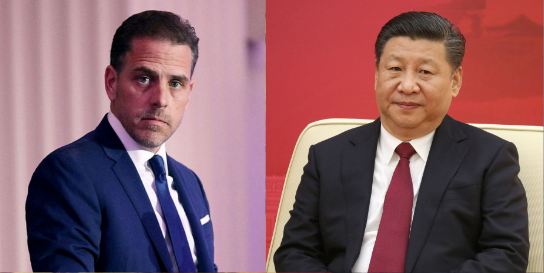 It seems that the Hunter Biden-China saga has yet to come to a close. President Joe Biden’s son, Hunter is yet to cash out his stake in the investment company which is funded by the Bank of China and other financial firms owned by the Chinese government.

Despite multiple reports from December suggesting he was divesting his position in the company, Chinese business records show that Hunter continues to hold a 10% stake in the Chinese private equity firm.

Before the elections, Hunter Biden’s economic engagements with the private equity firm funded by the Bank of China became a sensational election issue. It might have just turned the elections in Trump’s favour had the Big tech not intervened.

A New York Post story focused on Hunter Biden’s ties to Ukrainian energy company Burisma, which formed the basis for several political attacks on Joe Biden during his presidential campaign was disputed by reporters outside the post. Following this, the big tech worked in cohesion to strategically reduce the reach of the story. The mainstream media, except for Fox News, declined to run the story.

The allegations were sensational and true and it forced Biden to issue a statement to CNN in December. He was quoted as saying, “My son, my family will not be involved in any business, any enterprise that is in conflict with or appears to be in conflict with where there’s appropriate distance from the presidency and government.”

But as of Wednesday, according to Qixinbao and Baidu, Hunter Biden continues to hold his equity stake in BHR through his firm, Skaneateles LLC.

Hunter Biden is, according to Washington D.C., the sole beneficial owner of Skaneateles LLC. Company records.

The Wall Street Journal reported, based on Chinese regulatory filings, in December that Hunter was made an unpaid director of BHR when it was formed in 2013. He paid $420,000 in October 2017 for becoming a shareholder.

The company had been involved in a minimum of 10 big transactions at the time of its acquisition, leaving it with over $1 billion worth of cash, but the value of Hunter’s stake—at the moment worth $100 million—was dependent on its startup value, according to the Journal.

The Journal estimated that at least one-third of Hunter’s investment was financed by loans from the other BHR shareholders. The other major shareholders are the Bank of China and other financial firms owned by the Chinese government.

Republican Marjorie Green had filed for Joe Biden’s impeachment just a day after he was sworn in as President. The Congresswoman filed the articles over claims of corruption against Mr Biden and his family in Ukraine, Russia and China.

It seems that claims of corruption, which were conveniently debunked by the mainstream media, are still very relevant. This could be significant if the impeachment articles are pushed through though – chances of which are highly unlikely.

The revelation that Hunter is still engaged in economic dealings with a private equity firm could also help shed light on Joe Biden’s aggressive rhetoric on China, backed by plush actions.