Donald Trump is coming to Alaska to handle an ‘indisciplined’ Murkowski. 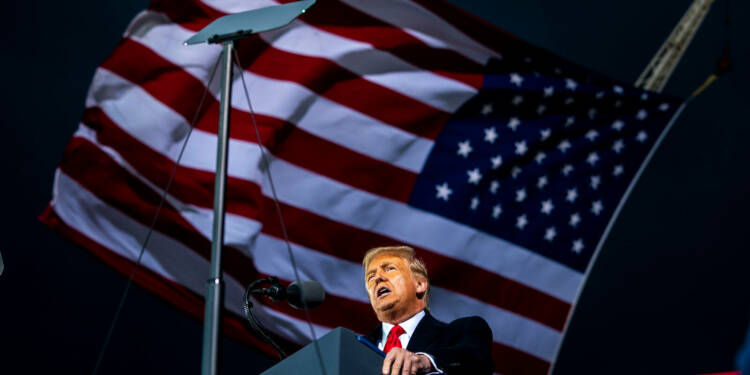 The Republicans and a large chunk of American voters are solidly in the Donald Trump camp. While some of the Republicans had sided with the Democrats in the impeachment trial, the Republican party at large remained together. And now, with the things settled in the Senate, Donald Trump is going to make sure that Democrat moles in the Republican camp are voted out of power. Former US President Donald Trump has vowed to travel to Alaska to campaign against a “disloyal” Republican Senator Lisa Murkowski next year as she seeks re-election.

The indications of these steps were starting to pile up. Donald Trump literally trashed these “disloyal” Republicans during the CPAC 2021. What could be considered his first political appearance post-Joe Biden coming into the office. During his speech, he united his supporters and accentuated his importance in the GOP as he ripped into his dissenters in Mitt Romney, Mitch McConnell and Liz Cheney. And with the latest declaration, Donald Trump is moving into action to rid the Republican Party from the people who are willing to compromise the Republican party’s morals and idealogy for their petty gains.

While speaking to The Hill, Trump said, “I will not be endorsing, under any circumstances, the failed candidate from the great State of Alaska, Lisa Murkowski. She represents her state badly and her country even worse. I do not know where other people will be next year, but I know where I will be — in Alaska campaigning against a disloyal and very bad Senator”. Trump added, “Her vote to advance radical left democrat Deb Haaland for Secretary of the Interior is yet another example of Murkowski not standing up for Alaska”.

The rivalry between the former President and Murkowski, on the other hand, dates back to at least 2018. Murkowski voted against Brett Kavanaugh’s appointment to the Supreme Court that year and said that Trump may not have named a successor for the late Justice Ruth Badger Ginsburg in 2020.

Though Trump’s attack on Murkowski is the clearest indication that he intends to campaign against her, the Alaska Republican is no slouch in the polls. He is intending to make sure that the people who are extending the Democrat agenda on a Republican ticket should face the music.

Donald Trump solidifying his intent said that he would make the 5,000-mile journey to Alaska to campaign against Sen. Murkowski, who is running in the November 2022 Senate elections. It can be considered how things are going to pan out for other disloyal Republicans, as by taking on Murkowski directly, Trump is setting a precedent for things to come. Before the 2024 elections, Donald Trump is making sure that there are no loopholes and moles in the Republican camp who can derail the possibility of a Republican victory and hopefully another Trump presidency.
Tags: alaskaDonald TrumpLisa MurkowskiRepublican PartyShort takes
ShareTweetSend
Previous Post