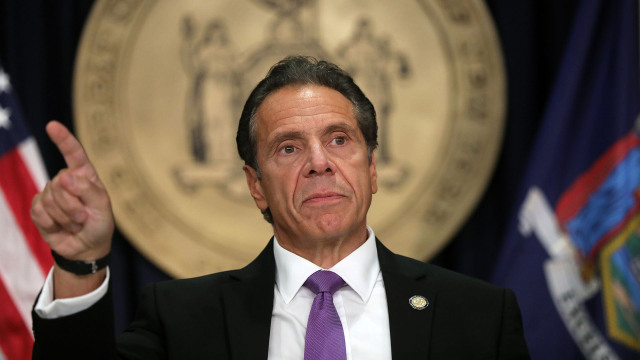 Andrew Cuomo, the Governor of New York, was getting a lot of favourable celebrity-esque coverage from the liberal media when New York was failing to control the pandemic. However, since he has been railroaded with controversies ranging from sexual harassment and massively undercounting the deaths of people in nursing homes, the media is under-reporting and downplaying the extent of these criminal behaviours. It is not that surprising as this was expected of the left-liberal media, but the fact that Democrats at large are ignoring these acts and the Biden administration is not taking any action signals something even bigger.

Leaving the New York Democrats, all others throughout the USA are maintaining a strategic silence. It seems as if they all have many things to hide and threatened by that, they are willing to stay low and bide the time, till the public outcry against the alligations on Cuomo fizzles out slowly. This argument is strengthened by the fact that the top Democrat leadership too is not taking any action. In the face of Cuomo refusing on resigning from his Governorship, it was expected that the top leadership will take disciplinary steps.

Andrew Cuomo was a darling of the Democrats and left-liberal cabal. He was an exemplar in dealing with the pandemic as far as these people were concerned. The sycophancy surrounding how the New York Governor handled reached an epitome when he wrote a whole book, “American Crisis: Leadership Lessons from the COVID-19 Pandemic.” However, all this came crashing down with scathing report which came to light. As reported by TFI earlier, New York had undercounted nursing home deaths from the Wuhan virus. This report brought to light the most egregious acts which decrease one’s belief in humanity. It brought forth that there was a cover-up on the governor’s part.

This was not it, he has now also been accused of sexual assault by multiple women. In an interview of the 3rd victim of sexual assault, Anna Ruch has spoken out against Cuomo stating to the New York Times that in a wedding in 2019, Cuomo had asked her to kiss him and then put his hand on her bare lower back.

Ruch said that she pulled away and was so shocked and embarrassed by the incident that she turned her head away and was rendered speechless at that moment. The new accusation comes as Attorney General Letitia James revealed that the governor’s office had given her a letter allowing her office to conduct its investigation. Two of Cuomo’s former aides have also accused him of sexual harassment in the last week, which he has refused.

With all these allegations reinforced with facts piling up, any layman could conclude that Andrew Cuomo would be taken to task. However, the interesting fact is that no substantive action has been initiated against him and only New York Democrats seem interested to deal with him. The fact that the media as well as the majority of the Democratic party is downplaying the severity of this issue, means that they have a lot to hide. They do not want the actions against Cuomo to become a precedent and open the flood gates for other governors and Democrats to be taken to task. There could be more Cuomos in Democrat-controlled states whose handling of the Covid pandemic might have resulted in the deaths of elderlies in nursing homes and that why the Democratic party at large is trying to downplay these crimes and are waiting for the public anger to fizzle out.