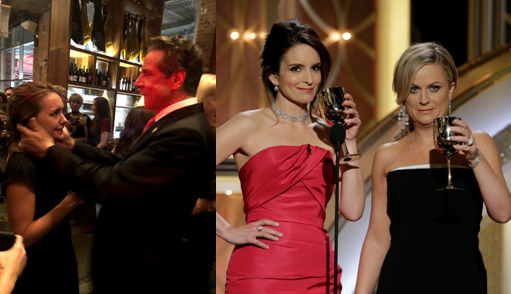 Andrew Mark Cuomo, Governor of New York is now entangled in yet another controversy. This time he has been accused of allegations of sexual assault. Naturally, the Democrats would have criticised him and the Hollywood community would have banded together to disgrace the accused had he been a Republican. But because it does not favour their political agenda, the American liberals and Hollywood elites are silent.

Governor Andrew Cuomo has been accused of sexual harassment on three different counts but the left-libertarians are silent. He was involved in a major scandal of covering up COVID-19 deaths inside nursing homes in New York and when the Democrats pulled their support to limit the fallout, Cuomo threatened to destroy their careers. Now, he is a darling of the Democrats and Leftist media. He was an exemplar in dealing with the pandemic as far as these people were concerned. Now, they cannot criticise him, but by keeping mum they have displayed that their allegiance to political lines is far greater than bringing a sexual deviant to justice.

In an interview of the 3rd victim of sexual assault, Anna Ruch has spoken out against Cuomo stating to the New York Times that in a wedding in 2019, Cuomo had asked her to kiss him and then put his hand on her bare lower back.

A third woman has accused Governor Cuomo of unwanted touching and sexual attention, saying he placed his hands on her face and asked if he could kiss her at her friend's wedding. A friend took a series of pictures of the incident as it occurred. https://t.co/bgvzBK4vK0 pic.twitter.com/hXvgTvSntQ

Ruch said that she pulled away and was so shocked and embarrassed by the incident that she turned her head away and was rendered speechless at that moment.

The new accusation comes as Attorney General Letitia James revealed that the governor’s office had given her a letter allowing her office to conduct its own investigation. Two of Cuomo’s former aides have also accused him of sexual harassment in the last week, which he has refuted.

The Democrats, especially the top brass, is nonchalant and unconcerned about the whole situation. Nancy Pelosi, an ardent Trump critic, held back in her criticism of Cuomo, asking that all parties involved should be treated with respect. She said, “The women who have come forward with serious and credible charges against Gov. Cuomo deserve to be heard and to be treated with dignity. The independent investigation must have due process and respect for everyone involved.” Asking for respect for a sexual deviant who has been accused by three different women, and who is also accused of covering up nursing home deaths, is a new low for the Democrat leader.

Jen Psaki, the White House spokesperson said, “Charlotte should be treated with respect and dignity. So should Lindsey.” Psaki added, “And there should be an independent review looking into these allegations. And that’s certainly something [Biden] supports and we believe should move forward as quickly as possible.”

If Cuomo had been a Republican, the democrat gang would have been all over him. But as he was a Democrat darling before the COVID-19 investigations, the top brass is putting out unconvincing statements to water down the situation.

Moreover, the Golden Globes, the biggest political platform the so-called ‘Hollywood elites’ have used in the recent past to attack the Trump administration and Donald Trump, had no speeches this year.

The same goes for the hosts of the various talk shows. Trevor Noah, host of the Daily Show, did rip into the Golden Globes, but not for their lack of sympathy for the women who have been sexually assaulted by Cuomo, but he did it over ‘racial injustice and misrepresentation.’

So, when it comes to the Democrats, the scintillating public outcries turn mute. No mentions, no acknowledgements and no criticism. They water it down and then turn the tables. They ask for respect for Cuomo, who is accused of sexual assault and harassment and moreover, they demand respect for a person who is directly responsible for the deaths of the elderly in nursing homes, and subsequent cover-ups. Towing the political line is the biggest agenda for the Democrats and they push it, protect it and generalise it like there is no tomorrow.