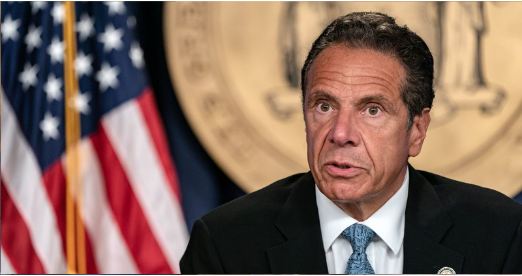 The now-disgraced Governor of the American state of New York, Andrew Mark Cuomo was once the apple of the eye of liberal media and the Democrats. And now that the cover over his administration’s handling of the Nursing home deaths has been blown, he is being investigated by the FBI and apparently could face a long prison sentence.

Cuomo’s work during the initial days of the spread of the Wuhan Virus pandemic was widely praised by the leftist media. Even the Democrats had started preparing for welcoming their new monarch. But soon the bubble of Cuomo’s efficiency popped as he and his entire administration were found to be scamming the federal government and the people. It was revealed that the Cuomo administration had undercounted the Wuhanvirus related deaths.

The investigation which was conducted by State Attorney General Letitia James came to the conclusion that the Cuomo administration reduced the reported number of deaths by as much as 50%. And now, even the FBI is involved and Cuomo can face serious jail time.

The FBI and Brooklyn federal prosecutors are investigating the coronavirus task force of Guv. Andrew Cuomo, with a specific focus on the treatment of nursing homes by his administration in the early days of the pandemic. The full scope of the inquiry is not immediately clear, but sources suggest that there was a specific interest in the nursing homes case.

Unsurprisingly, on February 17 America’s Federal Bureau of Investigation and US Attorney in New York started investigating the grim crime. Representative Alexandria Ocasio-Cortez, a Democrat, grilled Cuomo and his administration and she was quoted as saying, “Thousands of vulnerable New Yorkers lost their lives in nursing homes during the pandemic. Their loved ones and the public deserve answers and transparency from their elected leadership.”

Cuomo and many others like him have been involved in unashamed corruption, their scandals are quite often brushed under the carpet and then they come out waving their hands asking for votes. And compounding to his problems, Acting Attorney General for the Justice Department’s Civil Rights Division under President Trump, John Daukas, in an op-ed for the Wall Street Journal, insisted that the multi-agency probe was “serious, perhaps meriting federal criminal charges.”

On February 12th, an important aide of Cuomo, Melissa DeRosa disclosed that that New York administration orchestrated the delay in the release of data pertaining to the deaths caused by the Wuhan Virus in numerous nursing homes across the state, fearing a potential federal investigation by the Department of Justice and giving a chance to the opposition for criticism. It is clear that Cuomo would have been in jail already if Donald Trump was still the President. But since the federal government is also controlled by his fellow Democrats, he is still breathing-in fresh air.

But his arrogance and career-destroying self-goals might cost him his whole life. His mishandling of the coronavirus pandemic, nursing home scandal and the conscious coverup of the number of deaths have made him a deadweight which is pulling the already depleting Democratic party deep into quicksand.

There was a widespread uproar regarding the irresponsible behaviour by Cuomo and shame that he brought to the seat of Governor. When the Democrats saw the case getting irreparable, they decided to join the Republicans in holding Cuomo accountable. The voices of Cuomo’s impeachment are also quickly rising every day.

His insensitive behaviour was highlighted when during Hurricane Sandy, his administration used the essential $140 million worth of disaster relief funds to pay for the broadcast of national TV ads to promote his administration’s work. He has further been accused of gross sexual misconduct in the workplace and taking advantage of needy people.

Cuomo’s efforts to project himself upon a grand pedestal have now begun to dig the grave of his career. Being an example of nepotism, since his father was also the Mayor of New York thrice, he was born with a silver spoon. He has walked hand in hand with the charges of corruption and scandal throughout his political career.

On the first day of his appointment to the seat of Governor, he had renewed an executive order which attempted to prohibit the governors of New York from receiving mysterious donations, but it was revealed in an investigation by the New York Times in 2018, that he had very quietly taken $890,000 worth of donation from his appointees and another $1.3 million from the families and businesses of his appointees.

The people responsible for the utter disregard for human life continue to remain in the important offices. They are strictly needed to be brought to justice and as soon as possible. They should be made to realise that due to their political selfishness many innocent lives were lost which could possibly have been saved. Cuomo and his fellow party members and others involved in this genocide must be brought to justice.