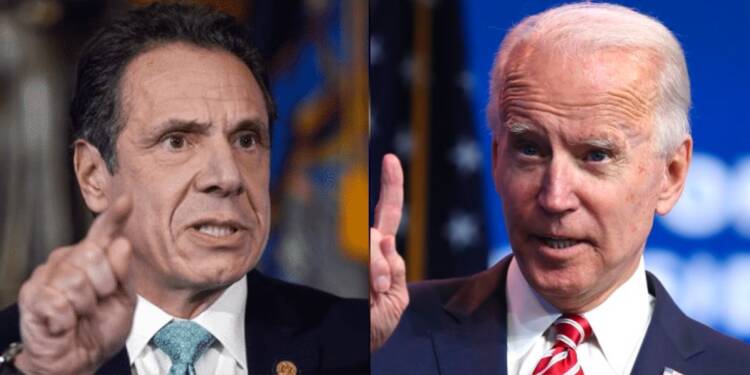 Oh! How the winds change. New York Governor Andrew Cuomo, the darling of the liberal media and Democrats alike, has now turned absolutely rogue. After being criticised by the Democrats for his role in a nursing home scandal, Cuomo is now threatening to ‘destroy’ them.

New York’s Governor Andrew Cuomo was a darling of the Democrats and Leftist media. He was an exemplar in dealing with the pandemic as far as these people were concerned. The sycophancy of the media surrounding how the New York Governor handled the Coronavirus outbreak in New York hit its peak when he wrote a whole book, “American Crisis: Leadership Lessons from the COVID-19 Pandemic.”

But after the New York Post’s revelation that Cuomo was involved in a major nursing home scandal involving the coverup of Covid deaths, Democrats withdrew their support to contain the political fallout. Now, Andrew Cuomo is so worked up that he is threatening to destroy them.

Gov. Andrew Cuomo of New York has pled with legislators for help and has also threatened political retaliation against the Democrats who have opposed him. Although the scandal came out only after the Presidential elections, which puts into question the integrity of the Democrats, the Dems have now launched an aggressive campaign to contain the political fallout from the disclosures that Cuomo’s administration had deliberately concealed the extent of nursing home-related deaths during the pandemic.

Democratic Assemblyman Ron Kim described an alleged exchange with the governor that had not been previously reported. He told CNN, “Gov. Cuomo called me directly on Thursday to threaten my career if I did not cover up for Melissa [DeRosa] and what she said. He tried to pressure me to issue a statement, and it was a very traumatizing experience,” Kim said.

Cuomo proceeded to say, “We’re in this business together and we don’t cross certain lines” adding that Kim hadn’t seen his wrath and that he can destroy him. Immediately after the phone call, Kim said to his wife, “The governor threatened to destroy my life.”

Kim is a progressive Democrat, representing the Queens and has been among the most vocal critics of Cuomo’s handling of nursing homes during the pandemic.

The attempts by Cuomo to meet Kim seemed to continue over the weekend. Kim said he got several calls from a “No Caller ID” number, followed by messages from Cuomo’s aides stating that the governor would like to talk with him again. Kim said that the phone calls were not returned.

According to three additional Democratic New York legislators, Kim is not the only lawmaker to have faced fierce pushback and even intimidation from Cuomo and his top aides since last week. Each of them talked privately to CNN because they were afraid of the Governor’s retaliation.

Under Cuomo, the administration vigorously pressured politicians to stand up for Cuomo’s handling of nursing home’s related deaths and threatened those who were considering a vote to strip Cuomo of its emergency powers.

At a time when the pandemic was peaking in New York and the focus of the media should have been on critically analysing the pandemic management, they kept on heaping praise and glorified Cuomo’s COVID-19 response.

It all changed when DeRosa, a top aide to the Governor came under fire last week after she told the state lawmakers in a private virtual meeting that the state had delayed sharing with the legislature the full scope of the Covid-related death toll of New York’s nursing home residents. The reasons cited were the concerns about a potential federal investigation by the Department of Justice.

The news about a potential nursing home scandal spread like wildfire and the Democrats and their loyal media houses threw Cuomo under the bus.

While defending himself from the fallout of the nursing scandal, Cuomo had hoped that his Democrat buddies would support him. During a press conference, Cuomo said any disconnect between his office and state lawmakers was the result of a “breakdown in communication between the staff and members of the legislature.”

But several Democratic lawmakers, including New York State Sen. Jessica Ramos, denied that Cuomo’s office ever informed them of its decision. Ramos even used Twitter to make herself clear, she wrote in a reply to a tweet explaining Andrew Cuomo’s decision, “Trash. No one believes you.”


Democrats had a single focus and that was to win the elections, and it wouldn’t have been possible had they not propped up against someone against Trump and claimed that they handled the Pandemic better. Now that they won, they need Cuomo no more. And with that, the saga of Andrew Cuomo, who was cultivating presidential ambitions, comes to an end. He could even be impeached now, and he’s turned rogue in retaliation.

Meanwhile, CNN has reinstated a ban on Chris Cuomo from covering his brother Andrew Cuomo after a long exception during the pandemic, when Chris was openly gushing about his brother and promoting him as a possible presidential candidate.