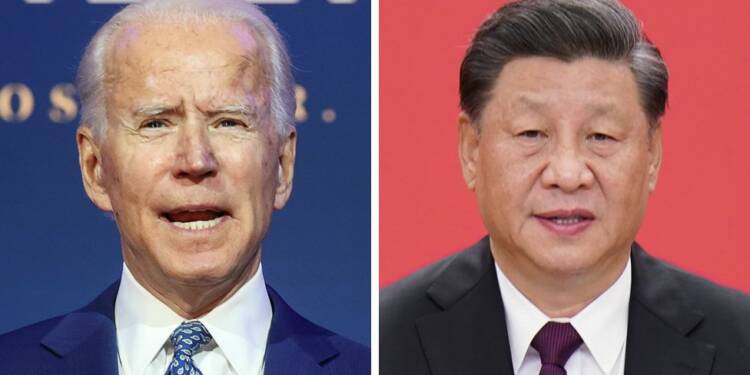 US President Joe Biden has been forced to follow the policies of the previous administration. While people in his administration are still singing the same tune as the last administration, what remains to be seen is whether he can sustain it. But the people who donated to his campaign are not liking his stance at all. Earlier in his presidential campaign Biden had chided the notion that China posed a threat to the US. He had said, “They’re gonna eat our lunch? C’mon, man!”

In 2016, Donald Trump was elected in part because low-cost Chinese imports had destroyed swaths of the industrial Midwest’s economy, and he pledged to stop Beijing from “ripping us off,” as he repeatedly claimed on the campaign trail. He dismantled the free trade deal with Beijing, much to the chagrin of the American foreign policy establishment and the Fortune 500. He slapped large tariffs on Chinese products, tried to restrict Chinese investment in key U.S. high-tech industries, and tried to keep high-profile Chinese companies like Huawei out of not only the American market, but also the markets of key allies. Now the big businesses that donated to Biden are hoping that Biden would reverse everything.

“We’re going to focus on the international rules of the road,” Biden said in his “extreme competition” speech, trying to separate himself from Trump’s strategy. When it comes to China, though, the president is stuck. On one side, it’s a box built by the previous president, and on the other, it’s a box built by some of his biggest campaign donors—donors who want nothing more than to wish the last four years away.

They yearn for the days when top US government officials delivered speeches extolling China’s “peaceful rise.” They would like to participate in diplomatic exercises similar to the past’s “strategic economic dialogues”—biannual meetings between senior officials from Beijing and Washington that began under George W. Bush and continued under Barack Obama. That consistency exemplified how Washington’s two political parties had come to see relations with Beijing through the same pair of rose-colored glasses.

Trump’s team fanned the flames on two of the most controversial topics between Beijing and Washington on their way out. Then-Secretary of State Mike Pompeo announced on January 19, the day before Biden was sworn in, that China had committed “genocide and crimes against humanity” by repressing Uighur Muslims in its Xinjiang region.

International human rights lawyers are split on whether Beijing’s internment of Uighurs constitutes genocide under international law, and Biden’s team decided to make its own determination. However, publicly disagreeing right away would eventually lead to Republican claims that Biden was “bad” on China. As a result, Blinken announced the day after his inauguration that he agreed with Pompeo’s appointment.

In some key Democratic precincts, this triggered indigestion. For decades, pro-China corporate groups have pressured previous governments to put human rights on the back burner. And they almost always got their wish. Secretary of State Hillary Clinton said publicly early in the Obama administration that human rights “can’t interfere” with other, more pressing issues with China.

The largest donors to Biden’s campaign were Wall Street, the C-suites of most Fortune 500 firms, Big Tech, and Hollywood. For instance, more than 7,000 employees of the two companies donated to the presidential campaigns at JP Morgan and Bank of America—over 80% of them to Biden, for a total of over $200,000.

The TV, music and film industry gave the Biden campaign 19 million dollars, while the Trump campaign, according to a Center for Responsive Politics report, was only 10 million dollars.

All of them have a keen interest in doing business in China for long (even if some technology companies like Google and Facebook remain out of the so-called “great firewall.” Everyone is now interested in how the Biden administration defines “extreme competition.” “No one is naive enough to assume that we will easily return to the halcyon days of ‘strategic engagement,'” says Scott Harold, a senior political scientist at the Rand Corporation who focuses on east Asia. “But is there going to be some pressure less confrontational than it was in Trump? Sure.”

When Deng Xiaoping began opening China’s economy to the rest of the world in 1978, the United States relied on trade and investment as the primary instruments for integrating China into the global economy and assisting it in being “a responsible stakeholder,” as former Deputy Secretary of State Robert Zoellick put it. From Ronald Reagan to Barack Obama, successive administrations essentially followed the same direction. The United States’ policy toward Beijing was one of “engagement,” with economics at its heart. Trump changed everything and now the big businesses are pinning their hopes on Biden to make the last four years go away and when he is unable to deliver they will exact some remuneration.