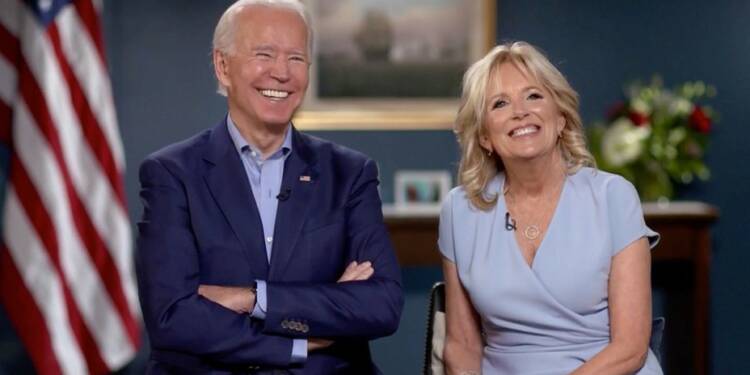 The United States of America never had a woman President. Perhaps as a manifestation of casual sexism, many Americans consider the unofficial position of a First Lady is considered a prominent role. Of late, First Ladies have started getting involved in political campaigns and White House management but now we have a First Lady who is literally doing her husband’s job. We are talking about Jill Biden, who seems to have taken over from her husband, as the latter fumbles and stumbles.

The Democrats and American liberal media can’t help but adore the cute couple- Jill and Joe. But things may be going a bit too far here. At a recent event in Texas media event, it became clear that Jill Biden not only rescues Joe Biden from embarrassing moments but also starts answering questions herself.

See, Joe Biden is 78-year old and he is only getting older. There are times when he is unable to express himself properly. This is when Jill Biden steps in. So, to put it bluntly, when Joe Biden fails to speak for himself, Jill decides what Joe wants to say. Americans elected Joe Biden, and not his wife, as their President. But the issue is that Joe Biden’s wife seems to be in actual control of affairs.

From one month of Biden Presidency, we do know that the US President will always have his wife by his side, during media appearances. But what is problematic is that Jill seems to be taking the lead and answering administration-related questions, which really is a Presidential function and Joe Biden’s duty.

Take the Univision interview in Houston, for instance. Joe Biden was asked a question about the reopening of Trump-era detention centres, and the use of tents for handling an incoming surge of immigrants. As is often the case, Joe Biden couldn’t gather his thoughts and form a cogent, understandable reply.

And this is just the tip of the iceberg. Joe Biden not only fails to express himself but occasionally he also fails to comprehend things. There have been times when Joe forgot the names of elected officials or even where he was. Once, he asked out loud, “Where am I?” This is when Jill comes to the rescue.

There are enormous risks if the President cannot form a rational opinion, comprehend what is happening and give a cogent reply. It might actually lead to a shared Presidency in Washington D.C. It is thus very easy to manipulate the 78-year old US President.

At least, in theory, Jill has the luxury of saying what she wants, while she speaks for the US President. And the US President would be estopped from going back on his words. This could actually end up binding the Oval Office against its will.

As such, there is nothing that Joe Biden can do. When he forgets where he is or what he is supposed to do, the US President will really have no option but to let the First Lady decide what he thinks. Jill Biden is practically being given too much power. She may be the First Lady, but she seems to be exercising Presidential functions.