Justin Trudeau is punishing the Conservative Alberta, his ‘Green’ policies have led to a brain drain 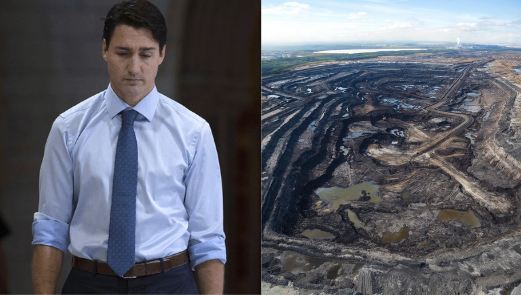 It is often said that hell is a bottomless pit, and Canadian Prime Minister Justin Trudeau is proving this statement. No matter how bad the situation Canada may already be dealing with, he makes sure to make it even worse. The latest state facing the heat of Trudeau’s faulty policies is the conservative province of Alberta.

According to a recent survey by the University of Alberta Students’ Union, as many as one-third of University of Alberta grads, this year are thinking of leaving the province in search of a better job and career opportunities. Mostly, this is the fault of Prime Minister Justin Trudeau and the way his government’s anti-oil policies have stunted the provincial economy.

The utopian green policies and anti-oil measures coupled with longterm dilly-dallying on the prospects of the Keystone pipeline have made any possibility of development reaching the state a far off possibility. Since 2015, when the price of oil bottomed out and Trudeau came to office spouting his “green” fairy tales and talking about “phasing out” the oilsands, the province has missed out on about 200 billion dollars in energy investment. Lost investment means tens of thousands of old jobs lost and tens of thousands of new ones never created.

2014 collapse in world oil prices has been a huge factor, but seven years down the line, if a government and the people still blame that event, then they are missing on the real culprits. It is the Trudeau government that has catalysed the worse effects of the 2014 crisis and the government’s priorities following the event have made the situation worse and worse. It has reached a point when the Albertans are not at all optimistic of any possible development in their state.

These problems got further exacerbated as the pandemic hit Canada and again Justin Trudeau proved his worthlessness. This was proven by a recent survey too. According to a survey by Maru Public Opinion, commissioned by the National Post, an increasing number of Canadians believe Prime Minister Justin Trudeau’s government has failed to provide COVID-19 vaccines to the public on time.

Read more: The vaccine misadventure of Justin Trudeau has dented his popularity so much that he may never be able to recover

To save the great frontier state of Alberta and turn it back into the land of challenges and opportunities, Alberta Premier Jason Kenney came out fighting this weekend and embarked on a “workaround” strategy to get out from under Justin Trudeau and the Laurentian elites who still control Canada.

He has realised that instead of a national energy grab like his father, this Trudeau has cloaked himself in green by attacking the oil industry without even addressing the real problem which is demand. Kenney’s workaround emulates Quebec’s near-sovereignty autonomy as well as is aimed at getting out from under the equalisation transfer system and other fed policies that are rigged to bribe Quebec with Alberta money.

“Quebec announced a $4 billion surplus after getting $13 billion in equalisation transfer payments from Alberta,” said the agitated premier in a speech Saturday at the Manning Conference I attended in Red Deer. Justin Trudeau has lost the faith of his own people and a growing sense of separatism could be felt in the country.

This anger is legitimate as the statistics are as bad as they can get. A state which used to create jobs as fast (or faster) as the people moving to Alberta to fill them. In 2013, about two-thirds of all the new jobs created in Canada were created in Alberta. And it has just 11 per cent of the country’s population. The provincial unemployment rate is currently 10.7 per cent. Only Newfoundland’s (12.8 per cent) is higher.

As one report noted, if you want to know the real-world damage done by Justin Trudeau’s tanker ban, his cancellation of two major pipelines (and his failure to fight for Keystone), of his new enviro assessment process that will make future pipelines next to impossible, his government’s resistance to the Frontier oilsands project and his carbon tax, then consider this: In the past decade, investment in Canada’s oil and gas sector has grown by one per cent, in the US it has grown by over 50 per cent.