Meghan Markle, the attention seeking princess, is now cosying up to Democrats to kickstart her political career 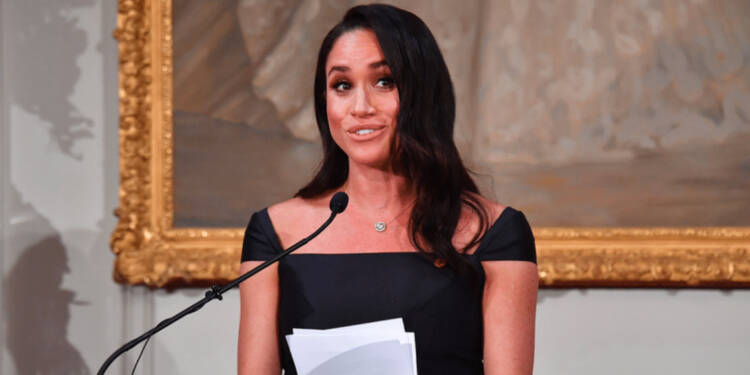 It is often said that when someone’s dreams suddenly come true without much hard work, their aims widen without practical considerations. This is seemingly what had transpired with the attention-seeking English princess, Meghan Markel. If the latest reports are to be believed, she is already cosying up to the Democrats to jump-start her political career. And if this turns out to be true, then not much explaining is needed for the staged interview of the royal couple Prince Harry and Meghan with one of the biggest names in the US entertainment industry, Ophra Winfrey.

Some of the claims Meghan Markle and Prince Harry made during their interview with Oprah Winfrey last week are being picked apart by the British media, even as Fleet Street continues to lean into rumours and gossip about the international couple. The Daily Mail separately predicted the Duchess of Sussex might run for US President in 2024, citing an unnamed British Labour Party official. As per a report by Fox News, she is already, allegedly, “networking” with “senior Democrats” on a presidential fundraising plan.

Even the Daily Mail quoted its sources as saying, “The Blairite, internationalist and Democratic Party networks are buzzing with talk about Meghan’s political ambitions and potential backers.” Other critics and outlets have also dug into the claims the couple made during the interview, which aired last week.

“I don’t believe a word that she says,” former “Good Morning Britain” host Piers Morgan said about Meghan on Monday, a day before walking off the set of his own show and quitting just afterwards.

The fact that all the news channels gave over the top cover to the family issue of the British Royal Family played right in the hands of Meghan Merkel who from the very start wants to garner brownie points. From Reuters to the Telegraph and the Guardian and even Fox News, every major news publication is obsessed with the Meghan Markle and Prince Harry story. They left the royal British family, shunned their titles and now everyone wants a piece of them. Meghan Markle and Prince Harry are happily telling their story willingly and it seems that they are enjoying the spotlight.

But, the truth is that it doesn’t matter what the Royal British Family does. In the 21st century when there are so many pressing issues in the world, the mainstream media, not just in the United Kingdom and the United States, but all around the globe is obsessed with getting the inside scoop of the royal family and the Meghan Markle and Prince Harry story.

Read more: Global media needs to get over their obsession with the Royal British family and the Meghan Markle Prince Harry Story

And with the latest revelation that Meghan is looking for using this newly surged popularity to kick start her political career and is cosying up to the Democrats, the point made by TFI is vindicated that these people should not be given any priority as they will use their privilege problems and use it to further their narrow-minded goals.