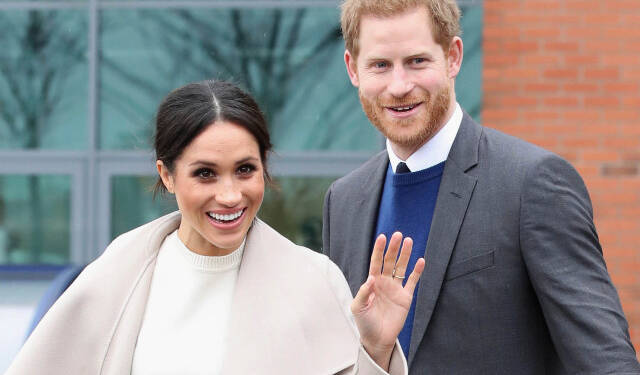 From Reuters to the Telegraph and the Guardian and even Fox News, every major news publication is obsessed with the Meghan Markle and Prince Harry story. They left the royal britsh family, shunned their titles and now everyone wants a piece of them. Meghan Markle and Prince Harry are happily telling their story willingly and it seems that they are enjoying the spotlight.

But, we at TFI, want to say that it doesn’t matter what the Royal British Family does. In the 21st century when there are so many pressing issues in the world, the mainstream media, not just in the United Kingdom and the United States, but all around the globe is obsessed with getting the inside scoop of the royal family and the Meghan Markle and Prince Harry story.

The strange obsession the media has with the royals and the break-away royal couple is so extensive that it’s nauseating. Ever since Prince Harry and Markel denounced their sovereign titles, the media has been hounding them trying to get the inside scoop on whatever goes on inside the Royal family. The media has been so persistent, that one might presume that nothing is more important than the ‘burning question’ “Why the royal couple broke away from the family?”

This obsession with the royals has been the media’s cash cow for decades. The gossip and the royal family’s day-to-day activities are reported so extensively that one might feel the royals live next door, and one can just climb up the stairs of the Buckingham Palace and ask for milk if need be.

The conservatives over at Fox News are going gaga over the whole Meghan Markel and Prince Harry story. The question that begs every time the royals are mentioned in the news is, why? Why do we need to know the trivial family matters of one of the most racist and opinionated snobs in the entire world?

The United States has just dropped bombs on Syria again, there’s a major crisis in Myanmar, the social fabric in the USA is being torn apart, and all the news channels want to write about, how prejudiced the Royal Family was towards Mrs Markle and the ex-royal couple moving out.

This private obsession of the media to feed us with Royal British Family gossip is compulsively addictive. Reading about things we understand is something we covet or relating ourselves to the people who command a very high stature in society just because they were born royals. The royals family have infiltrated our collective consciousness.

While it could be understandable that many media houses in the United Kingdom and the United States have nothing better to do. But why a woman in Mumbai, India needs to know that the British Royal Family is going through a major familial issue and Meghan Markle is speaking against the Royal family?

Moreover, why do the people who open Hindi language dailies in India need to know about how the rift within the Royal Family and Markel’s interview with Oprah? How is the Queen’s issues with Meghan Markle affecting things in India or even elsewhere?

Read More- Biden’s one month report card: A failure on all fronts, distinction in media management

Markle’s acting career never hit the highs after Suits, her biggest achievement is marrying Prince Harry. And Harry’s greatest achievement is being born a royal. They have shunned their titles, and now they are using their only claim to fame to stay in the limelight.

And why do they get so much money? Because the media houses are obsessed with them and keep regurgitating gossips about the Royal Family until something new comes up. They are acting like a swarm of bees over a carcass.

The media keeps feeding us with regurgitating garbage about the happenings of the royal family. One needs to tell these media houses ‘We are not interested’.