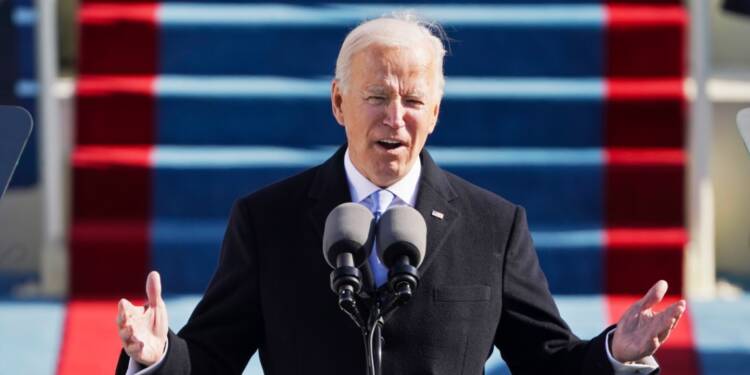 A month back in January 2020, Democrat leader Joe Biden was inaugurated as the 46th President of the United States of America. Carrying high hopes of the left-liberal coterie of the population that pooled its entire resource arsenal of mainstream media, big tech, and newspaper publications to defeat Donald Trump – Joe Biden was projected as the only solution to America’s problems.

However, one month down the line, it appears that Biden has failed miserably in his brief spell at the White House as his policy decisions seem bereft of any motive and reek of rustiness and simultaneously impinge upon borderline absurdity.

The biggest failure of the Joe Biden administration has been the lack of clear and cohesive foreign policy regarding Israel and Iran. While the US ally Israel is increasingly drifting away from Washington, the complacency of Joe Biden is simultaneously allowing Iran to reach its dreams of manufacturing an armageddon nuclear bomb.

Regular news reports circulating around suggest that Biden is adamant about going back to the disastrous Iran Nuclear Deal of 2015, signed under former Democrat President Barack Obama.

Biden called Netanyahu nearly after a month and Jerusalem is increasingly getting antsy about the cold shoulder treatment that Washington is extending. The signing of Abraham accords under former President Trump was seen as the precursor to a more stable and peaceful Middle East. However, Team Biden distancing itself from Israel because Netanyahu hugged Trump, can undo all the good work done in the region.

To escalate the problems in the region, America is all set to pull troops from Yemen, leaving another ally Saudi Arabia in the lurch to fight the Iran-backed Houthi rebels all on its own. Furthermore, the sanctions levied on the Houthi rebels by the Trump administration have been lifted by a generous Biden who has also stopped the arms supply to KSA, UAE, and other Arab nations.

It was always insinuated in hushed tones by those close to the developments on either side of the political spectrum that Joe Biden was merely a pawn installed for the optics while the real strings were pulled by Kamala Harris. One month in and it seems like the prophecy has already started coming true.

As reported by TFI, when US President Joe Biden was taking a break at Camp David to play video games with his grandchildren, his VP, Kamala Harris, phoned France’s President to address bilateral relations.

Although it is very common for vice-presidents to engage in calls made by US presidents to other world leaders, it is rare for them to make calls on their own. This is at least the second time that Harris has done so far. On February 1, she phoned Canadian PM Justin Trudeau to recall her high school years in Montreal, but also to discuss “diversity, [COVID-19], climate change and other issues.”

Jill and Joe’s PDA – vaccine to the world’s woes

While the previous Presidents tried to find solutions to the problems plaguing the USA by sitting with domain experts and chalking out well-thought-out, nuanced strategies — the septuagenarian Joe Biden has taken a unique take on the ‘problem-solving’ genre by pushing his chemistry with his wife Jill as the ultimate antidote to the world’s miseries.

According to the liberal media of the USA, Jill and Joe Biden’s public display of affection is bringing people together and making all the problems the country is facing, disappear in thin air.

The tough questions that were posed to Donald Trump have, since the crowning of Joe Biden, transformed into the type of question an employee asks their boss before they want to get a promotion.

Read more: Jill and Joe are healing America with their public display of affection. We aren’t saying this, the American media is

Such has been Biden’s growing list of failures that even the mouthpiece of the liberal brigade CNN had to call out him for his habit of lying through the teeth by penning an article.

‘Like most politicians, Biden exaggerates and embellishes at times,’ read the article published by CNN which enumerated the number of times Biden had lied to the public in his brief tenure as the most powerful person on the planet.

If the freshman month of Joe Biden is any foreshadowing of the future events then one thing is for certain, and that is – America is in deep waters and one can make no bones about it. Joe Biden and his administration need to pull up their socks and work overtime or otherwise, a bumpy ride awaits Biden for the remaining part of his tenure.