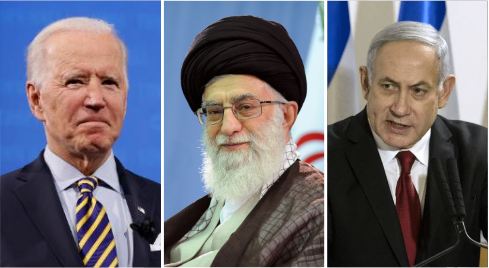 Biden’s insistence on reviving the Joint Comprehensive Plan of Action (JCPOA), or what is more commonly known as the Iran Nuclear deal, is bound to sour US-Israel ties. Biden wants to revive the Nuclear deal probably because it was a brainchild of his former boss, Barack Obama but he is simply not willing to realise that the costs that any such move to revive the JCPOA can impose.

Israel perceives Iran as an existential threat and considers any move to revive the JCPOA as a huge national security threat. And now Israel is making its reservations and future plans known to the United States of America. Israel’s former Ambassador to the United Nations Danny Danon has made it clear that the Jewish nation would consider a range of potential responses if and when US President Joe Biden re-joins the JCPOA.

What Danon is trying to say here is that Israel will not hesitate in going to war with Iran should Biden make the mistake of re-joining the Iran Nuclear deal. Danon spoke to Newsweek and said, “They know what our expectations are.” The former Israeli Ambassador to the UN added, “They know what are the flaws of the agreement, we said it publicly in the past, I put it in front of the Security Council a few times.”

The Biden administration must listen to what Danon is saying, as he is not just a former diplomat but also a close aide of Israel’s Prime Minister Benjamin Netanyahu. Presently, Danon is serving as the head of the international branch of Israeli PM Netanyahu’s right-wing Likud Party. So, this is a man in authority speaking about how Israel would react if Biden decides to re-join the Nuclear deal against Israel’s wish.

Israel, in fact, has its own reasons for being very uncomfortable with Biden’s perceived plans to reactivate the JCPOA. The Iran Nuclear deal was flawed from the word go, when it was conceptualised during the Obama administration. Later, Israel found it expedient that Trump withdrew the US from the flawed deal.

Tehran never honoured its JCPOA obligations and even today, the Shi’ite nation continues to increase its nuclear stockpile despite protest from the International Atomic Energy Agency (IAEA). Trump understood that Iran was never serious about its commitments with world powers under the JCPOA. But Biden somehow keeps fooling himself in the hope that Iran will honour its JCPOA obligations.

And then this is exactly what worries Israel. Danon, who was appointed as the former Israeli Ambassador to the UN right after the JCPOA was signed in 2015, pointed a number of flaws in the Nuclear deal. The list includes allowances for certain Iranian ballistic missile activities, limited uranium enrichment and so-called “sunset clauses” that lift certain restrictions against Iran.

The former Israeli diplomat said, “They are aware of these issues.” He added that it remained to be seen if “they would put them (issues) aside and reenter the agreement, or would they put them as preconditions.”

Danon claims that a lot has changed in the last five years and if the US decides to reinvigorate the JCPOA, then Israel would have to take tough decisions against Iran. He said, “The Iran of 2021 is not the Iran of 2016. Today, they are in a much more advanced condition, unfortunately.”

He added, “If the U.S. would decide to re-enter the agreement as it is, Israel will have to recalculate regarding the Iranian nuclear race, so you know in the past we raised our options, and I’m sure we will bring them up again.”

So, the message is clear from Israel- any US attempt to revive the JCPOA will have consequences, and Israel will not hesitate in going for even an all-out war against the Shi’ite nation.