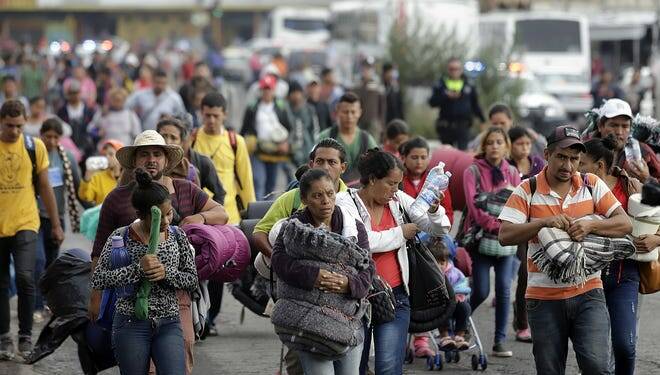 Texas is witnessing the worst of its fears and the scary part is that, it is not looking like it will end soon. Since the Biden administration came to power, it has opened the floodgates to let in illegal immigrants from the southern borders without any restrictions. Now, it has started showing its impact as migrants wreak havoc in Texas. A section of them, are on a spree of damaging properties as well as harassing civilians.

As per the latest reports, illegal immigrants have torn down fences, left “bricks of marijuana” and even stolen vehicles from a ranch near Carrizo Springs, Texas, and it is happening more frequently since the election of President Joe Biden, a rancher told the Daily Caller News Foundation Wednesday.

The changes in visible foot traffic around the ranch increased in the months leading up to the transfer of power when Biden was making promises and after he took office, Brock Wilkerson told the Daily Caller News Foundation. Wilkerson, a native of south Texas, has leased the ranch just outside Carrizo Springs for hunting and cattle ranching for around 15 years.

On the other hand, a Texan bar owner of a bar situated on the southern borders has expressed his grievances. He says that the migrants are hiding in the bathrooms and trucks as they seek to evade authorities.

“When I go in the mornings, sometimes I go to do some work, there’s people in the bathroom; they hide in the bathrooms,” Lupe Cabrera, who owns “Cabrera’s Bar” told National Review. “Me and my brother own a trucking company, too. They’ll hide in the trucks.”

While the foreign policy is punishing US allies, his domestic policy is punishing its own citizens. As Texas has a large border with Mexico, it faces the brunt of most of the so-called progressive policies of Joe Biden. The situation is such that, the criticism of the Biden administration’s policies have reached a bipartisan consensus in Texas. Even the Texan Democrats have started overtly opposing Biden’s radical policies.

As Biden started off with his agenda to flood the United States of America with illegal immigrants, the state of Texas has started bearing the brunt of such disastrous policies. Earlier, Texas Sheriff A.J. Louderback disclosed the state of misery that the state has slipped into. While appearing on Tucker Carlson Tonight last month, Louderback stated three main issues which are cropping up- illegal aliens, the risk of major COVID outbreaks and an increase in crime rates. While earlier it was just the Republicans who were speaking up, now even the Democrats are warning about the danger of Joe Biden’s policies.

Read more: You got to be in Texas to feel like a Texan: Even Democrats in Texas are opposed to Biden’s radical policies

The situation has already gotten out of control and now the US administration is trying to play it down by looking the other way. However, at some point in time, they will be forced to act given the gravity of the situation.

White farmers rise up in protests against Biden’s racial discrimination