White farmers rise up in protests against Biden’s racial discrimination 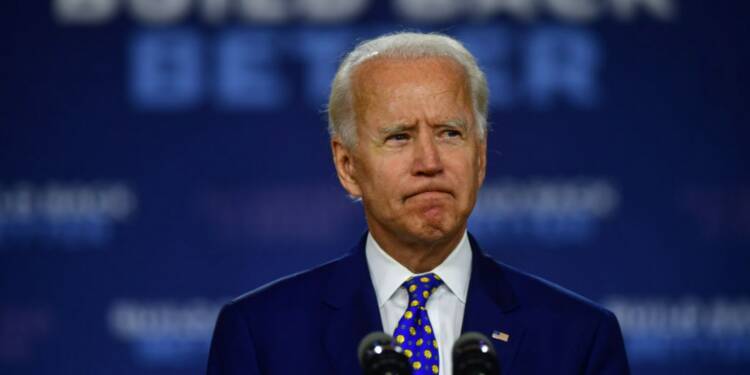 US President Joe Biden’s Covid-19 Relief Bill was passed in the Senate by the Democrats as none of the Republicans voted for the bill. The bill contains many contentious relief clauses, the most discriminating of which is the Emergency Relief for Farmers of Color Act and the white farmers are calling it institutionalised racism and are protesting against it.

White farmers have expressed their dissatisfaction with President Joe Biden’s $1.9 trillion COVID relief program, which awarded $5 billion to minority farmers but did not provide the same assistance to white farmers.

In early February, Georgia Senator Raphael Warnock introduced the Emergency Relief for Farmers of Color Act, which would offer immediate financial assistance to black, indigenous, and Hispanic farmers. The bill contains $4 billion in direct payments to African-American farmers and $1 billion to counter structural bias at the United States Department of Agriculture (USDA), including legal aid for African-American farmers and grants and loans to enhance land access for minorities.

The $ 4 billion will provide direct payments of up to 120 per cent of a ‘socially disadvantaged farmer or ranchers’ outstanding debt as of January 1, 2021. South Carolina Senator Lindsey Graham blasted the money as “reparations,” white farmers say the add-on to the relief package is racist.

Sen. Graham went on Fox News this week to blast Biden’s bill as an example of “out of control leftists.” He claimed the racial farmer clause had nothing to do with the coronavirus and thus should not be included in the COVID-19 relief package.

He said, “Let me give an example of something that really bothers me. In this bill, if you are a farmer, your loan will be forgiven up to 120% of your loan, not 100%, but 120%, if you’re socially disadvantaged, if you’re African American, some other minority.” He added, “But if you’re White person, if you are a White woman, no forgiveness. That’s reparations. What does that got to do with Covid?”

Former New York lieutenant governor Betsy McCaughey blasted it, arguing that the Empire State’s majority white farmers were being discriminated against. In an op-ed for the New York Post, she wrote, “The bill looks more like reparations than COVID relief.”

After Biden’s relief bill was passed, enraged white farmers took to social media to criticise it, claiming that they are being discriminated against by not being granted the same loan forgiveness.

“Farmers of colour get a $4 billion bailout to pay off their debt. White farmers get nothing. They say its reparations, but it’s not. It’s racism. Pay your bills, America,” wrote podcast host Toss Starnes on Twitter.

Many white farmers took to social media to lay down their frustration with the bill. Another social media user wrote, “Reverse racism is rampant… ask the white American farmers… simply amazing eh??”

“Democrats’ COVID Relief Bill discriminates against white farmers. The sowing of such a discriminatory seed in our fields, assures us of reaping a harvest of racial injustices,” added another farmer.

The divisive politics that focuses on putting one race ahead of others in society is harmful to society. Human civilization has already suffered at the hands of racial politics for centuries. The fact that racial discrimination even exists in the 21st century is a matter that should bring shame to society as a whole. And, the Democrats are feeding the venom of hatred against the whites.