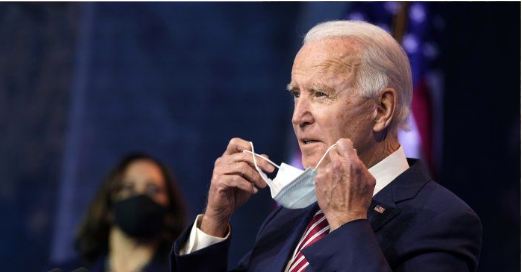 Throughout his Presidential campaign trail, Joe Biden kept claiming that he was concerned about the COVID-19 pandemic in the US. Democrats too rallied around him and made a big issue out of the COVID Relief Bill.

Now, Biden is in power and the Democrats are pushing through the $1.9 trillion COVID-19 relief package in the US Congress. Yet, it seems that controlling the pandemic or giving relief to Americans isn’t really Biden’s priority.

Biden’s COVID Relief Bill isn’t really about COVID relief. It is more about rewarding the Blue states and punishing the Red states. There is a conspicuous attempt to punish those who did not vote for Joe Biden. This is the most embittered manifestation of political partisanship by the sitting President and the Democrats.

The US Congress would earmark $350 billion to help pandemic-hit states and local governments balance their budgets. Interestingly, there is a major splurge on urban, Blue states like Connecticut, New York, and Massachusetts. On the other hand, rural, Red states like Wyoming, North Dakota and South Dakota would see a serious paucity of funds.

The latest bill is called the ‘American Rescue Plan’. But it doesn’t really seem to be an attempt at rescuing Americans. 61 per cent of the aid would end up in states that voted for Biden in November last year, up from 56 per cent in the bipartisan CARES Act passed last year.

The logic being applied by Democrats here is that the states which suffered economic setbacks should be given more aid. Red states are actually being punished for keeping themselves open when the pandemic was ravishing the United States of America.

At a House Budget Committee hearing on Monday, Representative Jason Smith of Missouri said, “The real reason for this bill is to send billions to bail out blue-state governors and reward their harmful lockdown policies.”

States like New York managed only a very feeble response to the Coronavirus outbreak. New York’s Governor Andrew Mark Cuomo was being praised relentlessly by the American mainstream media, even though the state recorded a jaw-dropping number of deaths. And to make things worse, there are reports of a federal investigation into Cuomo’s handling of COVID-19 nursing home deaths. Yet, the COVID-related restrictions shot up unemployment and destitution in Democratic-led states.

And will you believe it? The Democrats are using their failure to push through more grants for Blue states. Representative David Price, a Democrat from North Carolina said, “Since when is unemployment not a legitimate indicator of economic distress?”

South Dakota Gov. Kristi Noem, a Republican slammed the inequitable bill. She said that the bill “bails out those states that shut down their economies” and “rewards them for making people stay in their homes and for taking away a business’ right to be open and take care of their customers and their employees.”

The South Dakota Governor added, “So it’s incredibly detrimental to our state because we made the right decisions. We trusted people.”

Noem also said, “We have the lowest unemployment rate in the nation and are tied for it with Nebraska and we’re getting through this together.”

The COVID-19 Relief Bill is replete with absurdities, even apart from the inequitable allocation of relief aid. Representative Jason Smith of Missouri pointed out, “If this package was clearly about crushing the virus, then why is less than 9% of all total spending actually used to put shots in people’s arms.”

Biden is actually playing with American sentiments here. His COVID Relief Bill is a patent attempt to reward the Blue States and punish the Red ones. Worse still, the misery of Americans and hundreds of thousands of deaths in the US are being politicised for petty gains.