Alaska Dialogue between US and China: The Biden Administration is walking straight into a land mine planted by Trump 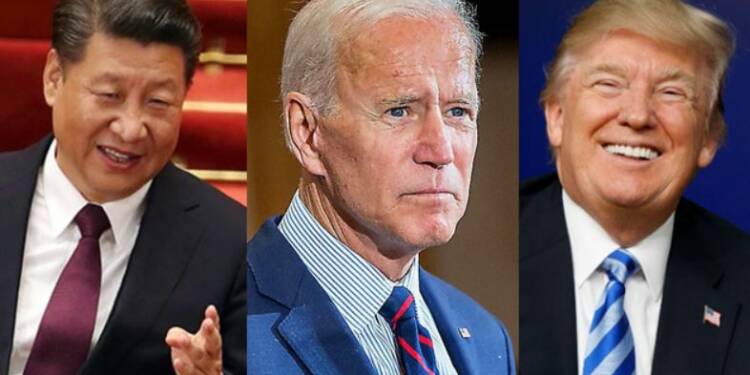 The first formal dialogue between U.S. and China, after President Biden took office, is currently underway in Alaska. The “high-level talks” will witness the participation of Secretary of State Antony Blinken and national security adviser Jake Sullivan representing the United States, while the paper dragon has dispatched top diplomat Yang Jiechi and State Councilor Wang Yi to talk to their American counterparts. The talks are the first since June 2020, when former Secretary of State Mike Pompeo and Wang Yi are said to have engaged in heated discussions in which China was thrashed left, right and centre.

Relations between the two countries had especially nosedived after those talks. The ‘Alaska Dialogue’ now being held is seen as an attempt to resuscitate Sino-U.S. bilateral ties, but little does President Joe Biden know that he is walking into one giant landmine that will blast the Democrats’ electoral fortunes in next year’s midterm polls. What’s worse, the Biden administration has already hit the self-destruct button, and is speaking to Chinese officials in Alaska as of this moment! Here on, there is no turning back any longer.

Who, you may ask, laid the landmines for Joe Biden? Well, it was former President Donald Trump, who made it a point to make life miserable for the paper dragon, and as a consequence, for Joe Biden. In fact, ever since the spat witnessed between Pompeo and Yi last June at Hawaii, the U.S. and China have practically had no talks with each other. Yet, Joe Biden’s enthusiasm to engage in a conversation with China will only end up imperilling whatever little political career he has remaining.

Donald Trump had refused to talk to China. However, by engaging in a dialogue with the paper dragon, the Biden administration has walked into a trap. The simple fact that China is riding the hopeful high horse when it comes to the Alaska talks should frighten the living daylights out of Biden. China is coming to the talking table with a rather vast laundry list of dos and don’ts for the U.S. And while the Biden administration too is trying to appear in a strong position, the reality is that it is caught in the crossfire between the previous Trump administration and China.

A recent Global Times article has provided great insight into what the Chinese hope to achieve from the said talks. Even if no constructive rollback of trade tariffs or sanctions is achieved immediately, China is drawing the red line for the Biden administration on many issues, which include those of Taiwan, Hong Kong, Xinjiang and Tibet. Apart from these, China also wants the U.S. to keep a safe distance from commenting on its aggressive postures in Japan’s waters, particularly near the Senkaku Islands. Essentially, China will bluntly be telling the U.S. to follow the one-China principle, or Joe Biden could end up facing some severe backlash.

However, Joe Biden can do none of this, although he has experimented with the same, that is going soft on China’s excesses in regions like Xinjiang, which resulted in him facing severe domestic backlash. Recently, Joe Biden sought to dilute the severity of the CCP’s genocide of Uighur Muslims in Xinjiang, and cited China’s different cultural norm as somehow an excuse to validate the ethnic cleansing of Uighurs. Now, China wants President Biden to reverse all of Trump’s anti-CCP rhetoric, and strictly adhere to the One China policy, followed by a gradual rollback of trade tariffs and sanctions.

If Joe Biden, as a consequence of the ongoing Alaska talks, relents to China’s brazen demands, he would be risking the fortunes of the Democrat party as a whole, as anti-China sentiments are rather bipartisan in America. Not only will the midterms be a horror for the blue party, but the Democrats will also lose the White House in 2024. Opposingly, if the Biden administration chooses to stand up to China, and continues with Trump’s policy of anti-CCP activism, then Beijing could always step up its aggression and open up its own Hunter Biden files, which would be a nightmare like no other for the White House.

Make no mistake, China has a gun to the Biden administration’s head in the form of the Hunter files, and will not shy away from pressing the trigger if his administration does not adhere to the One China policy and does not give up on its Indo Pacific activism inherited from the Trump era. China has effectively snared Joe Biden. Had Biden not played around with Trump’s anti-China policy ever since he walked into the White House, he would not have been caught in this peculiar situation. Donald Trump, before leaving the Oval Office, made sure that no President tries growing romantic with China. Yet, Biden did just that, and is about to pay a big price for the same.

‘Buy drones and destroy alliances’: MBS’ masterplan to trap Turkey and Iran with a single move