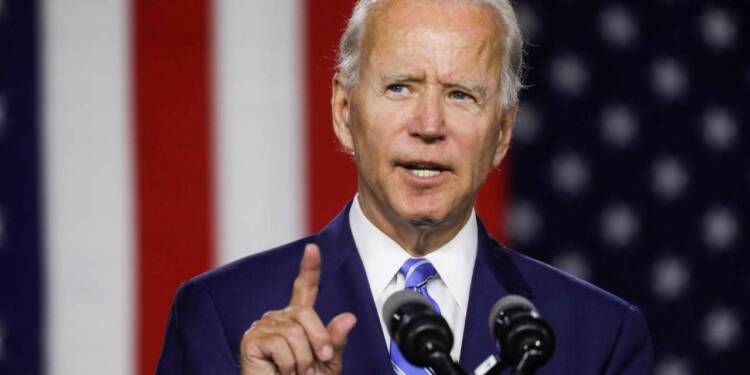 Joe Biden and his administration are taking the USA and American people for a ride. Following precedents, maintaining norms and taking everyone together is no longer a priority for the Democratic leadership. A White House meeting was held earlier this month with the Chairman, Ranking Member, and six other members of the House Committee on Transportation and Infrastructure. The meeting, in addition to the statements of other Democrat senators signalled that the White House is ready to move forward on a surface transportation bill and infrastructure package.

The Biden administration is willing to let the bills shoot up furthering the far-left agenda and by doing so, democrats are fast-tracking the transformation of the USA into a socialist nightmare. In the name of the ‘Infrastructure Bill,’ the government wants to pass a catch-all bill that can push their green madness, even at the cost of taxing their own citizens dry.

The bill intends to make a drastic green push. And in the efforts to replace fossil fuels with green sources like solar and wind they are intending to increase the taxes on fossil fuels. It is expected that by making people move towards greener alternatives, an example being electric vehicles, the US may be able to phase out fossil fuels. The USA is a net exporter of oil, and at a time of economic downturn, phasing out fossil fuels, increasing taxes on the related industries will be a reckless move. It will hurt the economy even further, and make the life of people who have less economic cushion to transition to more greener alternatives miserable.

And the fact that the Democrats are not shying away from turning the US into a socialist dystopia, it will not be surprising if they start culturally appropriating public infrastructure projects and naming them after the Democrat leadership.

President Joe Biden’s $1.9 trillion American Rescue Plan was passed just recently and now according to the reports, Democrats are pivoting to work on what’s likely to be an even larger clean-energy package that could pump $4 trillion into the nation’s infrastructure and be revealed as early as May. As per reports, the bill could include a set of provisions to cover the costs – including raising taxes on gas, corporations and electric vehicles

The Coronavirus Relief Bill and other populist measures have already put a lot of burden on the American economy. The US Federal Reserve’s balance sheet already soared past $5 trillion in assets last year itself because of all the bonds and extended loans to banks, mutual funds and other central banks as a part of an effort to battle the pandemic induced downturn.

Read more: Taxing the super-rich, recurring relief cheques and tax on wealth: Bernie is burning America and the torch is in Biden’s hand.

With all this spending, instead of a focused delivery of relief package and tax relief to small businesses, which will truly take the country out of the pandemic, Joe Biden is furthering the far-left agenda and it will directly lead to the next big agenda on the Democrats’ list, taxing wealth at nightmarish rates.

Republicans are in the opposing camp, As the watchmen of the capitalist system and the supporters of a minimalist government. Ranking Member Sam Graves (R-MO), like many of his Republican counterparts, is not as optimistic about such sweeping legislation. He said that a highway bill cannot grow into a multi-trillion dollar catch-all bill and a transportation bill needs to be a transportation bill that primarily focuses on fundamental transportation needs, such as roads and bridges.

He like many Republicans are not willing to support another Green New Deal disguising itself as a transportation bill. However, the Democrats are not willing to make amends to the bill and want to pass it without taking the Republicans into confidence. Sen. Bernie Sanders (I-Vt.) is all for passing an infrastructure bill by using a budget process of reconciliation to cut out Republicans. When asked by reporters on Capitol Hill in Washington on Tuesday, if he was intending to use reconciliation on such a package, he answered, “Yes.”

Another senior Democratic senator, Ben Cardin of Maryland, was overheard in a “hot mic” moment by C-SPAN, saying the next multi-trillion-dollar spending bill will probably have to bypass Republicans once again.

Sen. Ben Cardin, as heard on a C-SPAN mic, tells Transportation Secretary Pete Buttigieg that Democrats will “most likely have to use reconciliation” on an infrastructure package as they did with the Covid relief bill.

“The Republicans will be with you to a point, and then—“ pic.twitter.com/d4Pc49WlIl

President Joe Biden pledged during the 2020 campaign to invest $2 trillion in infrastructure, including for the installation of electric vehicle charging stations. One potential funding mechanism that has been put forward is a wealth tax. Funding methods could include raising taxes on Americans earning above $400,000 as well as large corporations. The problem here is that the Democrats will create a large bracket where families earning at the lower end of the tax slab will end up being the real sufferers.

Senate Minority Leader Mitch McConnell on Tuesday flatly dismissed the idea of Republicans backing tax hikes to finance President Joe Biden’s infrastructure plan. He said he believed the plan would form a “Trojan horse” for Democrats to pack in many of their long-sought priorities. While funding megalomania by cutting the standard of living of your own people is not an American trait, Democrats are all for it.

In the name of an infrastructure bill, the Biden administration is repackaging the reckless Green New Deal which is the far-left’s long-held dream. And to finance it, the idea of “tax the rich” and wealth tax is being considered. All in all, the bill reeks of an all-out leftist agenda and confirms the fact that Joe Biden is further pushing the US into a socialist trap at the cost of USA’s economy. And while the Democrats are at it, it will not be surprising that they imbibe other traits of the communist countries like cultural appropriation and naming anything and everything after their own.

Alaska Dialogue between US and China: The Biden Administration is walking straight into a land mine planted by Trump