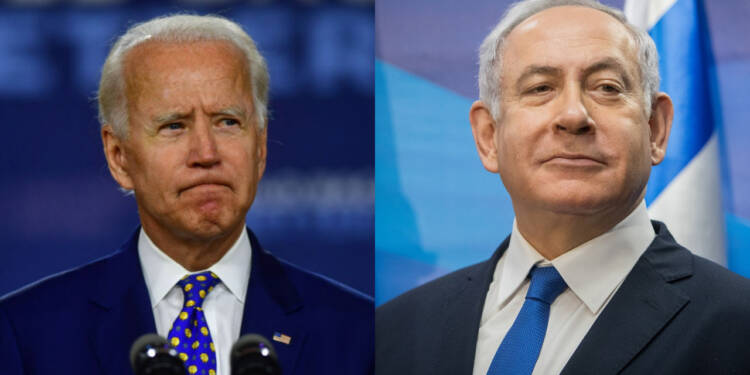 While many analysts and publications were confident that with Joe Biden in office and elections in Israel, Netanyahu will abandon his annexation of the West Bank. However, as we at the TFI had predicted, the Israeli PM is not giving up on the West Bank operations but wants Joe Biden to come along. Israeli Prime Minister Benjamin Netanyahu has said that his plan of annexing parts of the occupied West Bank will only be implemented if US President Joe Biden supports it.

There are two to three things in play when it comes to the situation between Benjamin Netanyahu and Joe Biden. While it was believed, that with the elections in Israel and the situation of the USA placating Iran for restarting the nuclear deal, Netanyahu would be forced to abandon the West Bank annexation plan, the situations have turned out to be contrary to the beliefs. Netanyahu is most likely to come back at Israel’s helm of affairs, and the USA’s stint to make Iran come back to the deal are turning out to be an absolute failure. In such a scenario, Netanyahu will resume the annexation of the West Bank, given the opposition will remain very little, and if he can manage the USA, then the opposition will be near to zero.

“Without the approval of the US President, I will not be applying sovereignty – and I have said that from the first moment,” Netanyahu told Channel 12 in an interview aired late Saturday. Although Biden is vehemently opposed to any annexation plan, Netanyahu said that the scheme would still move forward. “I still intend to do it,” Netanyahu said, but without giving a timeline for the annexation.

The fact that Netanyahu was able to understand how Joe Biden would act and acted accordingly, he has turned out to be the stronger between him and Joe Biden in the tug-of-war among the two long-standing allies. Now from a position of strength, Netanyahu is extending an olive branch to Joe Biden by saying that any further annexation in West Bank will happen only if US President Joe Biden supports it. This will give a face-saving to Joe Biden who has lost any and every goodwill in the Middle East given his disastrous foreign policy.

The Biden administration has begun realising that it played its cards out too early when it comes to the aimed resuscitation of the Iran Nuclear Deal, also called the Joint Comprehensive Plan of Action. Iran, sensing that President Biden and his administration are even more desperate than the Shi’ite leadership in Tehran to have the nuclear deal revived, began aiming big, and made it known that a complete rollback of all stringent sanctions will be a prerequisite to the country participating in talks with the United States. That far, Biden too is not willing to go. Back in Israel, meanwhile, Netanyahu has learnt many lessons. The Israeli Prime Minister has learnt how to deal with Biden. He knows what works on the man and how Biden works himself.

But now, the realities are far too different for Israel and it must send a signal of strength resoundingly across the world. Already, Israel has made it known to the US that Biden’s desperation to enter the deal will have severe consequences, not just for Iran, which would be targeted militarily by the Jewish nation, but also for America, which would lose an unparalleled ally in the Middle East. Domestically, the Iran nuclear deal has been turned into an election issue by Netanyahu.

Read more: Why Israel will begin the annexation of West Bank as soon as the Iran deal talks fizzle out

Israel has always been a step ahead of the Biden administration in terms of diplomacy and sending the right international signals. For example, reports of the US swooning over Iran to persuade it to come to the negotiating table for the nuclear deal sparked speculation in the Middle East that Israel, the United Arab Emirates, Saudi Arabia, and Bahrain would form a military coalition without the US to combat Iran’s nuclear aspirations. Joe Biden’s spine shivered as he heard this.

Things are very clear. Israel’s PM Benjamin Netanyahu will continue with the West Bank annexation. With much of the region now on Israel’s side, and even Turkey maintaining a strategic silence Israel is geopolitically most equipped to take any steps it wants. But understanding the position of power Israel is in, Netanyahu is offering Joe Biden a face-saving solution, by putting the ball in his court.

It’s gonna be YUUGE. Trump is coming back on the internet with a brand new social media platform of his own