‘Let’s exploit the Suez Canal crisis’, As China promotes its BRI quietly, Russia comes up with its Arctic card 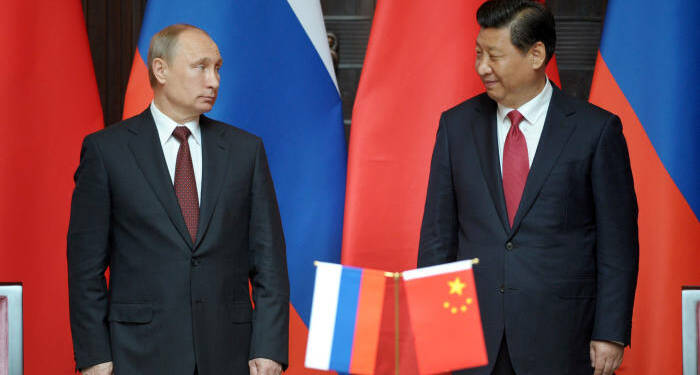 Countries are turning the Suez Canal crisis into an opportunity to promote their own plans and routes that can become an alternative. Just as the situation came to light, China has indirectly started promoting BRI and now, with the Suez Canal situation still no better, Russia has pushed the Northern Sea Route on Thursday as an “alternative” to Egypt’s Suez Canal. It will be a significant outmanoeuvring of China and a step closer for Russian geopolitical ambitions to get the international community’s attention to the Russian route in the Arctic.

The Suez Canal remains blocked and it has taken the world shipping industry back to the 18th and early 19th-century situation where they have to either wait or follow along the Cape of Good Hope and choose the costlier route for transportation. The skyscraper-sized cargo ship blocking Egypt’s Suez Canal, like a “beached whale”, may remain stuck for weeks as salvage teams work to free the vessel.

The Chinese Communist Party’s mouthpiece Global Times has started fearmongering about the Suez situation and thus indirectly suggesting the Belt & Road Initiative infrastructure as an alternative, in such a situation, Russia has thrown out its Arctic card. Russia’s nuclear agency Rosatom on Thursday gave three tongue-in-cheek reasons “to consider Northern Sea Route as a viable alternative to the Suez Canal Route”. Rosatom said on its English-language Twitter account that the Arctic passage provides “way more space to draw peculiar pictures using your giant ships”.

One of the articles on Global Times said, “Over 60 per cent of Chinese goods including new renewable energy products, like photovoltaic modules and other equipment, are shipped to Europe via the Suez Canal. The incident will negatively impact Chinese exporters in the short term as scheduled freight traffic with Europe will be delayed.” And by scaring the world into looking for alternatives, they will end up at the Chinese BRI. Russia is aware of this attempt by Beijing and to counter that, it pushed its Arctic agenda.

Russia has invested heavily in the development of the Northern Sea Route that allows ships to cut the journey to Asian ports by 15 days compared with the conventional route through the Suez Canal. Couple this with the North-South Economic Corridor, which connects St. Petersburg with the Arabian Sea and Indian Ocean Region countries, this becomes the best option of goods transport in the Eurasian region.

Russia has for a long time been aware of China’s intention to gain influence in the Arctic region, and Putin is aware he needs to make other countries interested in the Northern Sea Route. By bringing more parties into the region, Russia will be able to thwart China’s intention as well as gain a central role in world trade.

In line with this, Japan has offered to cooperate on Arctic shipments and agricultural imports from the sparsely populated Russian Far East, the state-run news agency RIA Novosti reported Monday. The “new concept of cooperation” comes amid Tokyo’s years-long efforts to regain a disputed Pacific island chain that Moscow has held since the end of World War II. As per the same news, Japan’s Ambassador in Moscow Toyohisa Kozuki sent the proposal to Russian Far East and Arctic Minister Alexei Chekunov detailing several areas of cooperation

Read more: Japan has taken the sharpest anti-America turn yet by agreeing to help Putin in the Russian Far East and the Arctic

Russian President Vladimir Putin must have also understood that Xi Jinping’s growing interest in the Russian Far East is actually a part of China’s ambitions to become a “near-Arctic state”. So, from a Russian perspective, China needs to be kept at bay in both the Russian Far East and the Arctic region. At the same time, the Putin administration won’t come out launching verbal attacks on China. The fact remains that Moscow cannot afford to formally snub China when the entire free world barring India has isolated Russia.

Read more: ‘Stay away from the Russian Far East,’ Putin sends a tough message to China through Russia’s state-run media

In the Suez Canal situation, Russia has found the opportunity of its lifetime. Russia is drawing the world’s attention towards the Northern Sea Route and its potential. This will have multiple positive impacts in part for the Russian. Firstly, it will help reduce the possibility of a Chinese monopoly of activities in the Arctic region. Secondly, it will make China’s BRI useless.

If we connect an Arctic route connecting Asia with Europe and combine it with North-South Economic Corridore, connecting India, Central Asia, Persian Peninsula with Russia and Europe, it can turn out to become the lifeline of international trade. And this push has checkmated any and every Chinese designs to gain the monopoly over International Trade.