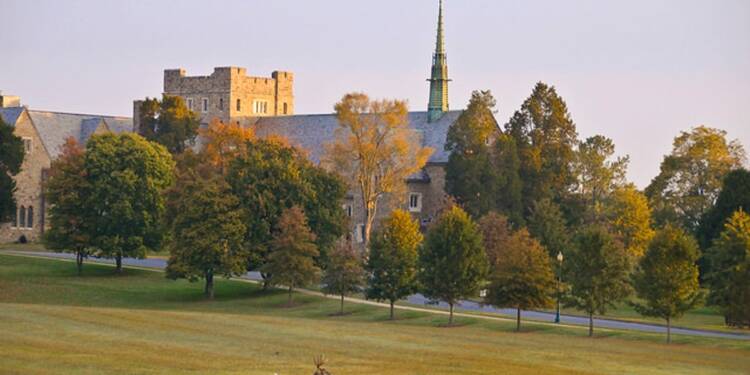 Back in September, 2020 Mr Matt Mixer of Berry College in Rome Georgia has been put on leave due to speaking against BLM. He also as an American has a right to freedom of speech. It’s amazing how they can say and do anything and get by with it and yet we are supposed to remain silent. Matt Mixer spoke what he feels in his heart to be true. His speech was suppressed, how long before you or I have no say either. We cannot have a socialist country. It has never worked before or been good for the people.

Young people petitioning against Matt Mixer do not understand that in stripping his right to free speech they will eventually be stripping their own rights to free speech. We are all equal in these world fellow human beings. Unity is being destroyed daily. All lives matter and all people have a right to say how they feel. If you want to keep your rights please sign this petition to help Matt Mixer get back into his job. Matt Mixer needs your help in this. Berry College we demand Matt Mixer job back. He has a voice that needs to be heard too. Who are you to say whose voice is the most important one to be heard?

People supporting Matt Mixer claim, that Berry is very committed to being a welcoming and diverse campus that encourages positive discussions, fosters generous actions and forms intentional friendships in a caring environment,” “We must continue to build bridges, through our words and actions, that allow people of different backgrounds, interests and experiences to flourish side by side.”

Matt Mixer of Berry College in Rome was placed on leave after speaking out against BLM. Berry College placed the area coordinator on administrative leave after exchanging views with other Black Lives Matter organizations that are not necessarily part of the movement, according to Viking Fusion, a student news website.

Berry parishioners are keeping up the pressure on the administration to remove them, she said. Matt Mixer, area coordinator for residential life at Berry College, posted a series of “Ask Me Anything” posts on his Instagram page a week ago. He argued that the organization Black Lives Matter contradicts the founding values of the United States and that there is no systematic racism. In one of his posts, he encouraged readers to make a speech on the BLM website and pointing out that the BLM has made it clear that its Marxist agenda is more radical and destructive than most people think.

Another critical Twitter user, a Berry student, posted screenshots of what she said on Instagram Stories was Mixer’s answers to submitted questions. Her feed contained several retweets from others who accused her and others of insensitivity during the incident. She deleted her account on Wednesday afternoon after College Fix alerted her to it.

The College Fix asked for a copy of Berry’s social media guidelines, which do not appear to be available on its website. It also asked to be reminded by Kozelle that the policy was not privileged information, but Kozelle did not respond. The Twitter user who posted screenshots of Mixer’s Instagram posts also deleted her account.

Several stories were uploaded in which the idea was worked out that short question-and-answer sessions were posted on Instagram Stories by Matt Mixer, Area Coordinator of Residence Life.

Listen Up, a group of LGBT students and allies with 40 members, was not recognized by Berry College in Georgia until 2012 after LGBT students had met for 20 years. The students founded Rainbow Berry, which did not seek recognition, to found Listen Up. The group was approved by Student Life Council President Scott Colley but rejected by the trustees.

Berry is also member of the McCook School Board of Education and President of the McCook Economic Development Corporation. Matt Mixer, who joined ESPN in March 2013, hosts several editions of Sports Center with host Elle Duncan, as well as anchoring Sports Center from various locations across the country, including college campuses during the football season and Saturday mornings on Master Protect Meloop with Matt Berry. Matt is also president of McCOOK Arts Council and a member of the McCook Community Foundation Fund Committee.