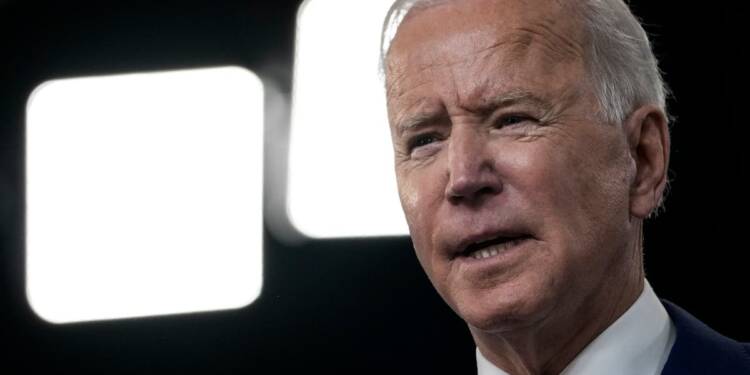 While the earlier actions by the Biden administration were directed at the American society at large, now as Biden unveils a $2 trillion infrastructure bill, Democrats are trying to push leftist agenda on the economic aspects of US domestic policy. In the name of the infrastructure bill, Joe Biden is trying to push everything that could face though opposition otherwise. However, the Republicans are ready with a strategy to derail the Biden administration’s covert Green push. And for starters, US Senate Minority Leader Mitch McConnell signalled opposition to President Joe Biden’s $2 trillion infrastructure package on Wednesday, saying he would not support “massive tax increases” or spending that could balloon the federal debt.

Joe Biden and his administration are taking the United States and the people of the United States on a trip. The political elite is no longer concerned about respecting precedents, enforcing traditions, or getting people together. The Chairman, Ranking Member, and six other members of the House Committee on Transportation and Facilities met at the White House earlier this month. The meeting, as well as statements from other Democratic senators, suggested that the White House is willing to press ahead on surface transportation and infrastructure bill.

Republicans were not able to give any solid opposition to the stimulus bill and just watched as President Joe Biden signed the most radical bill in a lifetime into legislation just weeks ago and it will shift the USA towards socialism. The GOP claims they have a great chance at sinking a democratic agenda—and the Democratic Party’s electoral fortunes—with Biden’s launch of a multi-trillion-dollar development package on Wednesday.

A sweeping infrastructure package full of climate change provisions, tax increases for some, tax cuts for wealthy property owners, and a “big government approach” to infrastructure have presented Republicans with plenty of messaging opportunities, a senior GOP aide told The Daily Beast. This is a different beast than direct payments to individuals,” this senior GOP aide said. “They feel like this is their window to sort of ram something through, and if history tells us anything, it’s that it’s not going to work well for them down the road.” “There’s going to be a lot of push back on hat this ends up being,” the aide added.

McConnell, in line with the Republican strategy, said he was unlikely to support Biden’s ambitious new proposal. “It’s like a Trojan horse,” McConnell told reporters in Erlanger, Kentucky, on Wednesday morning. “It’s called infrastructure, but inside the Trojan horse it’s going to be more borrowed money and massive tax increases on all the productive parts of our economy.”

The bill intends to make a drastic green push. And in the efforts to replace fossil fuels with green sources like solar and wind they are intending to increase the taxes on fossil fuels. It is expected that by making people move towards greener alternatives, an example being electric vehicles, the US may be able to phase out fossil fuels. The USA is a net exporter of oil, and at a time of economic downturn, phasing out fossil fuels, increasing taxes on the related industries will be a reckless move. It will hurt the economy even further, and make the life of people who have a less economic cushion to transition to more greener alternatives miserable.

Republicans seem intent on focusing heavily on the legislation’s climate proposals and tax provisions, according to a senior House GOP aide. Republicans are already preparing their lines of attack even before Biden fully unveils the bill. They believe they will have a much easier time persuading the public that the Democrats’ infrastructure is less an infrastructure plan than a climate wish list. The Republicans will make heavy use, for example, of recent comments from Rep. Alexandria Ocasio-Cortez (D-NY), in which she touted this bill as a vehicle for ambitious climate provisions like those in her Green New Deal.

“It’s not ridiculous to assume we’re going to label this the Green New Deal because even their own members admit that those proposals are a major part of this effort,” this senior GOP aide said. “There’s a lot for us to go on offence on, and I think you’ll see pretty united Republican opposition to something like this.”

‘I will not do it again,’ Hunter Biden senses the storm coming for his father over the Ukraine scandal

China gets all worked up as its greatest fear comes true: Japan has surrounded it and does not plan to go easy