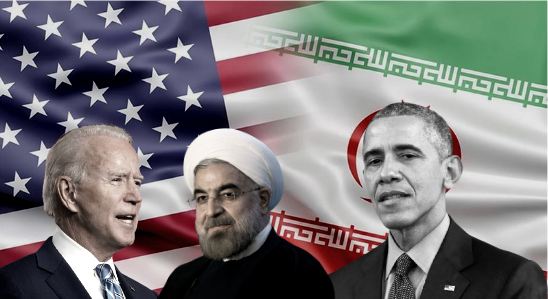 The whole world including the USA’s allies is perplexed by the obsession of Joe Biden over bringing back Obama-era Iran policy. However, it makes sense if we go back to the time when claims over Obama’s past were made. Former Iraqi member of parliament Taha al-Lahibi, in 2015 explained why President Obama was “more cooperative with Shi’ite Iranians.” And by understanding this co-relation, the action of Joe Biden and his large-hearted approach to Iran makes a lot more sense.

Barack Obama was willing to work with Iran because of the “Shi’ite background” of his parents, Lahibi reasoned during an interview on an Arabic-language satellite channel. The former lawmaker pointed to the US president’s middle name as proof, with Hussein also being the name of Shi’ite Islam’s holiest martyr. And the fact that Obama currently holds a large influence on the Democrats, is the very reason for the then vice president and now current US President Joe Biden to act in the steps of Obama.

While it is understandable that politicians who worked in close proximity for several years would like to share their ideas with each other but one cannot help but overlook the uncanny resemblance of Biden’s policies to that of Obama’s. Thus, it seems as if Obama is babysitting Biden and forcing his stale and old policies through the new President. From Syria to Obamacare/Medicare to Iran Nuclear deal, Biden has started treading down the same path, charted by his predecessor.

When Obama won the presidency, there was even some pride in Iraq’s Shi’ite strongholds, such as Baghdad’s Sadr City district. “When Obama won,” one local told Time magazine in 2008, “it was a big day in Sadr City. Many people felt, Now we have a brother in the White House.” The fact that Shi’ite Iran was afterwards given a highly favourable deal under Barack Obama, adds substance to the theory.

Iran has been continuously targeting Israel and Saudi Arabia either directly or indirectly through its proxies in Iraq and Yemen. The intensity of these incidents has increased since Joe Biden has taken over as the President of the United States. Iran finds itself in a geostrategic sweet spot, where it perceives that it can take actions against other sovereign nations with impunity, confident that Joe Biden will look the other way.

This confidence in the fact that Joe Biden will not do anything against Iran and will pursue the policy of constant placating of Iran must have some root. The facts regarding Obama’s ancestry which have been present in public domain since 2015 give a perspective for what could be the possible reasoning behind this policy direction.

Reported extensively by TFI, after being installed in the White House, Biden is itching to go back, sit across the table with Iran and quickly sign the Obama era’s Joint Comprehensive Plan of Action (JCPOA), also called the Iran nuclear deal. Biden is so obsessed with the deal and removing Trump-era sanctions that even Tehran understands what it means to him. Therefore, Iran keeps demanding more and more relief from the US President, even though its nuclear programme is very much alive and kicking.

In 2015, USA, its allies along with Iranian-backed Shi’ite militias, a powerful force in Iraq, battled against the Sunni Islamic State extremist group and in addition to this, Obama also pursued a favourable nuclear deal with Iran.

Lahibi isn’t the only one who had the theory that Obama has Shi’ite lineage. “There is one thing we must not forget. I am not peddling some theory, and I am not being racist, but Barack Hussein Obama is the son of a Shi’ite Kenyan father,” Syrian writer Muhydin Lazikani said during an interview with the London-based al-Hiwar television channel.

One must look at these theories and facts imbued in them to make sense of all these irregular ways the Biden administration is acting in relations to Iran. And it cannot be denied that Obama’s “Shi’ite” leaning ghost directing Biden’s Iran policy.