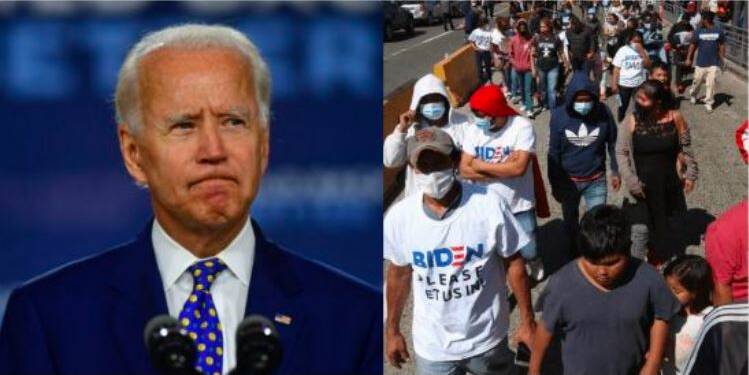 The leaders who have followed utopian ideals and tried to bring them into practice are the very people who have inflicted the most harm to the humankind at large. US President Joe Biden by turning a blind eye to the worsening border situation is proving this observation to be true. According to Doctors Without Borders (MSF), which has been delivering medical and mental health services to migrants and refugees in Mexico since 2012, two-thirds of migrants travelling through Mexico report suffering abuse along their trip, including abduction, robbery, extortion, torture, and rape.

The virtue signalling and woke policies of the Biden administration has followed the Leftist-Communist dictum of no borders, in its southern borders with Mexico. This impractical approach has made the lives of the people living in the border states of the USA as well as the people who are flooding the border really miserable. The latest revelation about the people illegally migrating through the southern border brings the problems to the mainstream. Almost one in three women surveyed by the MSF said that they had been sexually abused during their journey—60 per cent through rape.

This is not the end of the problems, as the numbers are only going to rise going ahead. It seems the virtue-signalling duo is not able to find any politically correct way to solve the problem and thus, have decided to bide the time and just act as if they are doing something. Joe Biden since coming to office has made the southern border with Mexico porous and allowed the entry of illegal immigrants without any questions. But, this utopian and virtue-signalling stance has made the life of the citizens of the southern states really miserable.

Read more: Neither Joe Biden nor Kamala is handling the border issue. America’s southern states have been left defenceless

Immigration has been one of the biggest issues for the Biden administration. The recklessness and the ineptitude displayed to reverse the border policies of the previous administration has engulfed the southern states into a full-blown crisis. Besides, this is a major issue and needs an immediate, quick and decisive response which the President should have addressed directly, but knowing Joe Biden’s capabilities, or lack of it, appointing Kamala Harris in charge was not a bad idea. But she seems to not care at all about the crisis. However, as she herself is not willing to deal with the issue at hand, it seems all that the Democrats are doing is to pretend that they are doing something.

Given that no one in the administration is interested in dealing with the issue at hand, the illegal immigrants will have to go through hell in the false hope of getting to the promised land. Border Patrol has apprehended more than 29,000 unaccompanied minors crossing the border illegally so far this fiscal year (which started on October 1, 2020). According to Customs and Border Protection (CBP) figures, just over 33,000 people were apprehended in the fiscal year 2020. This year’s figures are on pace to eclipse those of the 2019 outbreak, which saw 80,634 minors apprehended.

The Biden administration has issued a recent directive that requires family groups to be admitted into the United States without obtaining a notice to appear, which is the document that determines when an undocumented alien must appear in court to plead their case. He said that bringing an infant is now common knowledge and that you will be easily released into the United States. And this directive has further spurred an uptick in the women and children arriving at the borders and can make them vulnerable to more such crimes. And the fact that Joe Biden is taking steps that are increasing these developments rather than look for a solution, Biden administration needs to be held accountable.

‘You boycotted Georgia, will you Boycott China too?’ – this question rattled Jen Psaki so much that she lost it