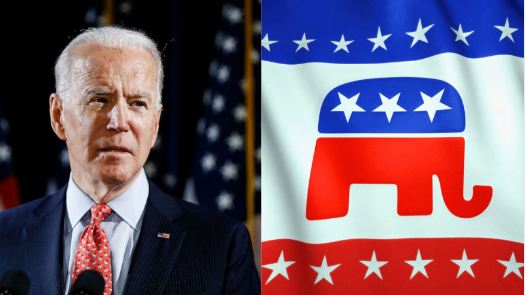 Joe Biden has been taking all sorts of the wrong decision since he took office. And now as he finds his leftist utopian agendas are not getting the support of the majority public representatives, he is willing to bulldoze the socialist bill with authority and without the consent of the people. To put it bluntly, he means to say that it does not matter if people accept the Green New Deal cloaked in the name of Infrastructure Bill, Joe Biden will make sure it passes.

Democrats have undertaken many activities and all for the sake of appeasing the voters as well as for virtue signalling. As if the Biden administration’s COVID-19 stimulus checks were not a big spending decision and an economic catastrophe, the Democrats have decided to bulldoze another large budget bill, that is, the ‘Infrastructure Bill’, which in the infra garb is AOC’s Green New Deal. And to sustain this $2 trillion green Infrastructure Bill, the Biden administration has decided to increase taxes greatly. Not only the Republicans but many moderate Democrats too are opposed to either the Infrastructure Bill or the way of financing the bill.

President Joe Biden on Wednesday pushed back against Republican criticism that his American Jobs Plan goes beyond funding traditional infrastructure and sought to redefine the meaning of the word to encompass more than roads and bridges. “The idea of infrastructure has always evolved to meet the aspirations of the American people and their needs. And it’s evolving again today,” Biden said in a speech arguing that the country needs to view infrastructure “through its effect on the lives of working people in America.”

The Biden administration is willing to let the bills shoot up furthering the far-left agenda and by doing so, the Democrats are fast-tracking the transformation of the USA into a socialist nightmare. In the name of the ‘Infrastructure Bill,’ the government wants to pass a catch-all bill that can push their green madness, even at the cost of taxing their own citizens dry.

The Democrats are not willing to make amends to the bill and want to pass it without taking the Republicans into confidence. Sen. Bernie Sanders (I-Vt.) was already all for passing an infrastructure bill by using a budget process of reconciliation to cut out the Republicans. When asked by reporters on Capitol Hill in Washington last month if he was intending to use reconciliation on such a package, he answered, “Yes.” Another senior Democratic senator, Ben Cardin of Maryland, was overheard in a “hot mic” moment by C-SPAN, saying the next multi-trillion-dollar spending bill will probably have to bypass the Republicans once again.

Now, Joe Biden too is becoming aggressive and it seems that he is going to follow in line with the above-mentioned process to shove in the Infrastructure Bill.