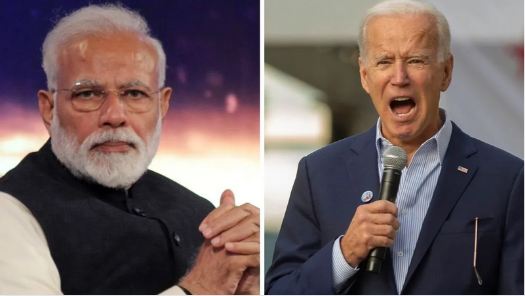 The US Navy carried out a Freedom of Navigation Operation (FOPNOP) near India’s Lakshadweep Islands on April 7th. About 130 nautical miles west of the Lakshadweep Islands, the USS John Paul Jones, an Arleigh Burke-class guided missile destroyer, claimed navigational rights and freedoms.

India has been exercising control of its EEZ since its independence. Therefore, the actions of the Biden administration to intrude into Indian sovereign territory is a huge mistake and could create huge problems for the Quad. While it should be noted that the United States, even during the Trump administration, had been exercising the FONOP’s inside Indian territorial waters, however, the timing of the action and scrutinising India’s claim has been unprecedented. The US navy immediately put out a statement that can cause a diplomatic row between New Delhi and Washington. However, it seems that this is exactly what the Biden administration aims to do.

The sudden urge to highlight an existing yet generally downplayed disagreement with India on ‘Freedom of Navigation’ in Indian waters has sinister connotations. It weakens the Quad, weakens India’s position to resist China and more importantly vindicates China’s position in the South China Sea as Washington has carried out the same manoeuvre in Indian territorial waters. This either means, Indian claims in the Indian ocean are disputed or the US is a belligerent power, either way, the Biden administration has sailed itself right into China’s port. 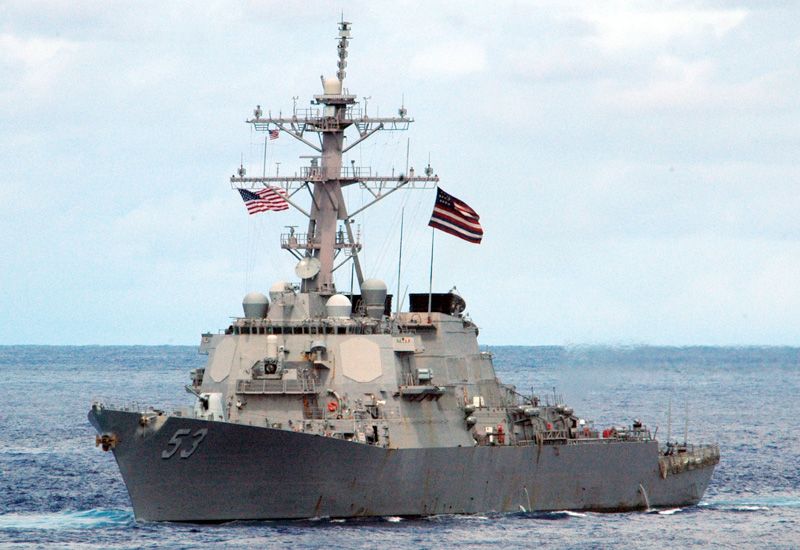 A statement from the Fleet claimed the Destroyer ‘asserted navigational rights and freedoms approximately 130 nautical miles west of the Lakshadweep Islands, inside India’s exclusive economic zone, without requesting India’s prior consent consistent with international law.’

The statement explained, “India requires prior consent for military exercises or manoeuvres in its exclusive economic zone [EEZ] or continental shelf, a claim inconsistent with international law. This freedom of navigation operation (“FONOP”) upheld the rights, freedoms and lawful uses of the sea recognised in international law by challenging India’s excessive maritime claims.” The US uses FONOP’s to deter China’s excessively aggressive claims in the South China sea. However, China uses artificial islands to increase the extent of their maritime claims but Lakshadweep is a natural island and does not fall into contentious territory or waters.

In fact, when it comes to the United Nations Convention on the Law of the Sea or UNCLOS, nothing permits military activity in other nations’ Exclusive economic zones. The Biden administration’s provocative action against a friendly nation which also happens to be a major adversary of China is, therefore, questionable.

India also stated its displeasure over the matter: “The Government of India’s stated position on the United Nations Convention on the Law of the Sea is that the Convention does not authorise other States to carry out in the Exclusive Economic Zone and on the continental shelf, military exercises or manoeuvres, in particular those involving the use of weapons or explosives, without the consent of the coastal state.”

The USS John Paul Jones was continuously monitored transiting from the Persian Gulf towards the Malacca Straits. We have conveyed our concerns regarding this passage through our EEZ to the Government of the US through diplomatic channels.

However, the fact that the FONOP comes at a time when the US and India are deepening their maritime cooperation – and there is widespread excitement in New Delhi’s strategic community about the Quad’s ability to create an Indo-Pacific security architecture – may add complications. At the very least, it shows that the US is worried about what it calls “excessive maritime claims” in the Indo-Pacific, not just those made by China. But it should be pointed out that India’s claims in the Indian Ocean are not contested nor belligerent as oppose to Chinese actions in the South China Sea where China has acted aggressively and belligerently and increasing conflicts unnecessarily.

Former Navy chief Admiral Arun Prakash (retd) said in a tweet on Friday, “FoN ops by USN ships (ineffective as they may be) in the South China Sea, are meant to convey a message to China that the putative EEZ around the artificial SCS islands is an ‘excessive maritime claim.’ But what is the 7th Fleet message for India?.”

Moreover, besides the diplomatic rift it could create between New Delhi and Washington, it weakens India’s stand to resist China. China has been aggressively pushing rhetoric against India’s alliance with the United States. Claiming boldly that India’s alliance with the United States and the other member states is not based on fundamental shared values. The actions by the Biden administration has given China a diplomatic higher ground when it comes to India’s decision to side with the US and Quad.

The Department of Defense’s operational challenges, also known as FONOPs, are intended to challenge coastal state maritime claims that illegally limit navigation and overflight rights and freedoms, as well as other internationally permissible uses of the sea, as expressed in the 1982 Law of the Sea Convention.

At the time of the Trump administration, India, which had been fairly hesitant on allowing foreign powers in the Indian Ocean, had welcomed the US, Japan and Australia. China had slammed the decision but in vain. Quad was based on shared values and fundamentals with the basic principle of a “free and open Indo-Pacific”. The Biden administration has essentially backstabbed the Indian government and Quad by picking up issues with one of the most important Indo-Pacific allies.