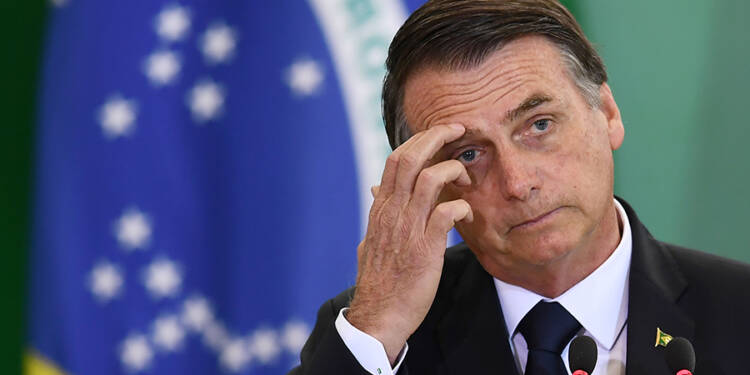 There is a big upheaval going on in Brazil and its President Jair Bolsonaro is in big trouble this time. Jair Bolsonaro, Brazil’s President, removed nearly a third of his cabinet on March 29th, appointing his allies to fill the vacancies. However, what was supposed to be a routine reshuffle has turned into a potentially destabilising confrontation with the country’s military leadership. The most controversial decision was the removal of General Fernando Azevedo e Silva, the minister of defence and a soldier with 45 years in service, which caused an immediate backlash.

Many in the military establishment are of the view that he was sacked for resisting Bolsonaro’s plans for a “coup-mongering adventure”. This was followed by the dismissal of military commanders. The dismissal of the three commanders — General Edson Pujol, Admiral Ilques Barbosa and Brigadier Antonio Carlos Moretti Bermudez — happened during meetings with Azevedo e Silva and Walter Braga Netto, who will take over as defence minister in the coming days, said two people with direct knowledge of the matter. The three had been in their posts since January 2019. The heads of the army, air force and navy were reportedly dismissed during an ill-tempered meeting after Bolsonaro had discovered they were poised to resign in protest.

The country is looking at an imminent coup attempt by Bolsonaro if the opposition and other prominent vices are to be believed. “There is an attempt here by the president to arrange a coup – it is underway already – and that is why we are reacting,” claimed Alessandro Molon, the leader of the opposition in the lower house, as the impeachment request was presented to congress.

Some observers believe that the military chiefs were trying to protect Brazilian democracy after Bolsonaro, a former army captain known for his dictatorial tendencies, attempted some kind of authoritarian move such as a self-coup, by which a democratically elected leader takes on dictatorial powers. With Brazil’s COVID-19 catastrophe raging unchecked and only last month reaching a rapidly rising average of 77,000 cases and 2,500 deaths a day, and a total of 12.5 million cases and 312,000 deaths—President Jair Bolsonaro is rapidly erecting the framework for gaining absolute power.

Whatever happened, few can deny that this week’s drama marked a watershed moment in the modern history of a nation that had only recently emerged from two decades of dictatorship in 1985. “This is a watershed moment for Brazilian democracy,” said Brian Winter, a Brazil expert and Americas Quarterly editor-in-chief. He believes Bolsonaro has been seeking to bolster the military’s top brass with more palatable personalities who might protect him from impeachment or come to his assistance if he loses his re-election bid next year.

Bolsonaro’s fears over his ability to secure a second term appear to have intensified in recent months, with polls showing his handling of Covid has dented support and the unexpected re-emergence of his political nemesis Luiz Inácio Lula da Silva. As he finds himself on the losing side, and the criticism regarding his pandemic handling mounting, Bolonaro may be tempted to attempt a coup. This way the opposition and the military establishment is taking action against any such attempts.

And like that Putin snatches Kyrgyzstan from Jinping forever