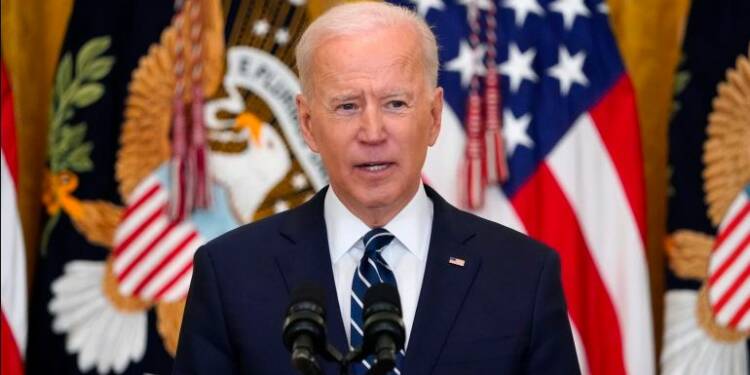 Joe Biden’s disastrous administration can be best described by the way the border crisis is panning out and how the Biden administration’ actions are further catalysing it. Now as all measures to handle the border crisis while keeping up the façade of virtue signalling have failed, the Biden administration has come up with an ingenuine and abrupt idea. The United States is considering a conditional cash transfer program to help address economic woes that lead migrants from certain countries from Central America to trek north, as well as sending COVID-19 vaccines to those countries, a senior White House official told Reuters on Friday.

The potential program would be targeted at people in the Northern Triangle region of Guatemala, Honduras and El Salvador, Roberta Jacobson, the White House’s southern border coordinator, told Reuters in an interview, without saying who exactly would receive the cash. This potential program if brought into action, will have a counterproductive impact as there is no way to distribute monetary incentive to people and expect them to stay put is not the best plan even to a layman’s eye.

Immigration has been one of the biggest issues for the Biden administration. The recklessness and the ineptitude displayed to the reverse border policies of the previous administration has engulfed the border into a full-blown crisis. Besides, this is a major issue and needs an immediate, quick and decisive response which the President should have addressed directly, but knowing well of his capabilities, or lack of it, he had appointed Vice President Kamala Harris to address the crisis.

Read more: Joe Biden hands over the border crisis to Kamala Harris after she laughed about it on camera

According to reports, US Border Patrol agents apprehended nearly 170,000 migrants at the southern border in March, a 70 per cent rise from February and the highest monthly total since March 2001. Since the beginning of the year, numbers have gradually risen, owing to a variety of factors. These include the pandemic, natural disasters in those areas, and most importantly President Biden’s wokish utopian stance, which reversed a series of stringent immigration policies enacted by his predecessor.

“We’re looking at all of the productive options to address both the economic reasons people may be migrating, as well as the protection and security reasons,” Jacobson told the outlet in an interview. Biden, who took office on January 20, has proposed a four-year $4 billion development assistance package to Central America to solve the root causes of migration. In Biden’s first annual budget plan, the White House sought $861 million from Congress for that initiative. This represents a significant improvement over the nearly $500 million in assistance provided this year.

Kevin McCarthy, the top Republican in the US House of Representatives, criticised the idea of cash transfers. “It’s insulting to the millions of Americans who are out of work or facing despair in our country,” he said in a statement, Friday evening. And he does have a point, why is the Biden administration prioritising the welfare of the people who are out of the sovereign territories of the USA, but turns a blind eye to the suffering of the very people of the United States, whom Joe Biden vowed to serve.

In the aftermath of major hurricanes in Central America in late 2020, a spokesperson for the US Agency for International Development (USAID), which administers foreign aid, told Reuters that cash transfers are still being used in programmes “to help citizens meet their basic needs.” According to the spokesperson, USAID is considering expanding its efforts in the future.

A person familiar with the situation told Reuters that one choice for cash transfers would be to channel funds to individuals through foreign or local non-governmental organisations that would vet them. But the question is, how will it stop people from coming to the United States? On the contrary, it will provide more incentive to the cartels and criminals to use the loopholes and use the common folks to take the lion’s share and all will be lost in transit, through corruption. And when the dust will settle, the Biden administration will find itself with more people coming and a good amount of money wasted, which could have been used to complete Trump’s border wall.