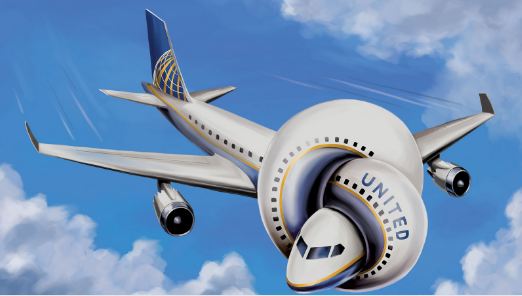 As the woke and virtue signalling Democrats inject strands of socialism one by one, meritocracy is dying a slow death in the USA. Now following their masters, big businesses are doing the same thing. The CEO of United Airlines stated they are mandating affirmative action quotas in its flight schools: “Our flight deck should reflect the diverse group of people onboard our planes every day. That’s why we plan for 50 per cent of the 5,000 pilots we train in the next decade to be women or people of colour.”

The action by United Airlines goes against the very idea of America, which promises meritocracy and equality of opportunity. It is because of these factors why the USA had maintained its supremacy in the world. It is equality of opportunity that increases the quality of life and supports upward mobility notwithstanding what race, colour or sex one belongs to. This is exactly what these kinds of orders threaten to destroy. And as United Airlines implements affirmative action and quota system, it will decrease the quality of its human resource, promote socialism, increase racism and divide among communities and may even threaten the safety of passengers.

The flight deck of any airlines should not reflect diversity in order to be “woke!” and at the expense of quality, but it should reflect the best pilots no matter what their ethnicity, gender or sexual preference is. Author and Kentucky State University Associated Professor Wilfred Reilly said, “All people are just people”. “Blacks, Whites, Asians, and so on are equals … if you want more Black pilots, you have to get more kids interested in flying planes and trained to do that to a high level, perhaps through a program with the Air Force … before they go on to pilot large commercial airlines,” Reilly said.

During an interview with Tucker Carlson, Reily added, “Corporations are simply saying things that they think will perhaps save their businesses from being burnt, in the most extreme,” he added, “but that will appeal to a large number of people, that will shut up Twitter. And they’re very often just these meaningless statements.”

The real hypocrisy is that the United Airline which is promising to promote diversity was dragged to the court of law by two of its very employees. United Airlines Holdings Inc. packs its charter flights for sports teams with young, blond crews and bars older flight attendants from working the plum routes, according to a new lawsuit. In so doing, the airline bases the value of workers “entirely on their racial and physical attributes, and stereotypical notions of sexual allure,” according to two veteran flight attendants who sued Friday in California.

The attendants, a Black woman who has worked for the airline for 28 years and a Jewish woman with 34 years of tenure, say that they both tried repeatedly and unsuccessfully to get assigned to work for the charter flights.

The United Airline has in its effort to become a gold-standard certified woke company, has stomped on the virtues that America holds dear, and equipped with which, it has resisted socialism and communism for so long. By promoting equality over the outcome, the company has not only compromised its American credentials but has also made it clear to the customers that their lives are less important than virtue signalling. As for United Airlines, they do not want the best pilots but a diverse set of pilots, making merit a secondary factor.