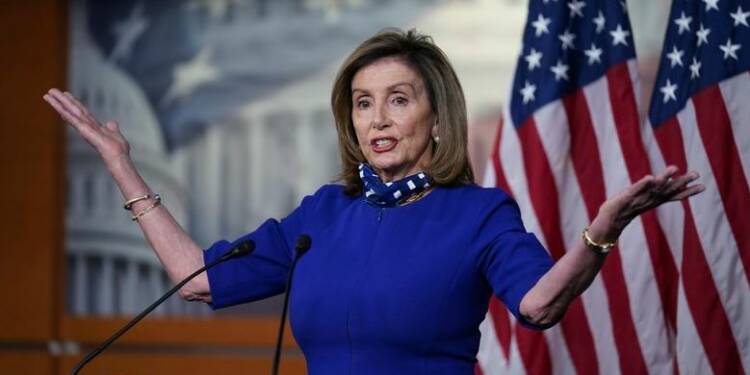 Nancy Pelosi seems to have had enough of acting all the time that she cares for others, as she shows her racist traits of white supremacy by going against Alexandria Ocasio-Cortez and other members of the Democrat squad, which is a group of young Democrats who are the most socialist and often further Communism.

House Speaker Nancy Pelosi, D-Calif., has some humbling words for US Rep. Alexandria Ocasio-Cortez, D-N.Y., and other members of the so-called “Squad,” according to details from a forthcoming book. According to excerpts of the book written by award-winning journalist Susan Page, Pelosi adopted a “child-like tone” when discussing Ocasio-Cortez and gave the following advice to members of the Squad: “You’re not a one-person show. This is the Congress of the United States,” Axios reported.

Apart from US Rep. Alexandria Ocasio-Cortez, D-N.Y., who is also part of the Bernie Sanders group of borderline communists, others are as follows:

The group is well known for being among the most progressive members of the United States federal government, which means that they are the most socialist. These people also happen to be people of colour. This is the reason why Nancy Pelosi’s criticism and literal thrashing make people think and that too with a good number of proofs, that she is a racist.

An excerpt from the book published by USA Today – where Page serves as chief of the Washington bureau – recounts an interview Page conducted with Pelosi in July 2019, after her dispute with the Squad had “exploded.” “Her anger at the four new progressive congresswomen was palpable,” Page wrote.

According to Fox News, Pelosi rebuffed concerns about former President Donald Trump’s attempts to portray progressive Squad members as the face of the Democratic Party at a July 2019 press conference, adding, “Let’s not waste our time on that.”

At that time, members of the Squad were furious with Pelosi, accusing her of singling them out because they were women of colour. During their filibuster against an emergency border aid bill, Pelosi made statements on social media about the group’s prowess.

While it was not covered that extensively, but as Pelosi’s usual rant against them is out in public, the people are asking a very pertinent question, Is Nancy Pelosi a racist in the garb of a progressive Democrat? Unfortunately, this seems to be the reality.