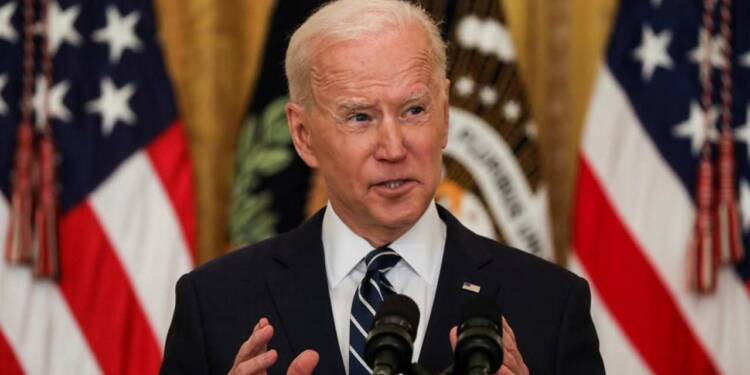 Joe Biden’s domestic packages are making the country go through a socialist experiment. And the biggest losers in this experiment are the American working class and the corporates who are the wealth creators. The Business Roundtable released a survey in which 98% of 178 CEOs polled said that increasing the corporate tax rate from 21% to 28%, as President Biden proposed, would have a “moderately” to “very” significant adverse effect on their company’s competitiveness.

In addition to this, 75% of CEOs said an increased tax burden on the US, 71% of CEOs said it would negatively affect their ability to hire and nearly two-thirds said it would result in slower wage growth for US workers. Biden’s massive investment plan, after being rejected by the Republicans, is now facing pushback from American corporates, who have made their disappointment and displeasure known to the White House. And now, even they are expressing that the go-ahead to the tax hike will lead to lower-income and lesser jobs for the Americans.

Biden’s socialist agenda was exposed as the details of the investment plan tinkered through and corporate Americans rejected it. They do not want a partisan bill socialist reforms, instead, they want a bipartisan bill that is American in nature and spirit. Earlier too, the Chamber of Commerce and the Business Roundtable have criticised the proposal, claiming that the tax hikes proposed by Biden to pay for it would suffocate American competitiveness.

Top executives from companies that have previously given speeches about the need for infrastructure investment have largely remained quiet, preferring to privately complain that Biden’s proposal is too costly, too partisan, too laden with unrelated socialist policy, and not at all what they had in mind. However, now with the poll out, these people are ready to come out publicly against the Biden administration’s policies.

“This plan would make America less competitive, which would mean less U.S. economic growth and less job creation,” said Neil Bradley, chief policy officer at the Chamber of Commerce, “The benefits of infrastructure would be offset by punitive tax increases. And if they move ahead with only Democratic votes, the concept of doing anything on a bipartisan basis would be over and it would just reinforce the kind of gridlock that has prevented progress on every other issue.”

Read more: Corporate America finally sees Joe Biden for who he is and expresses its anger

Executives from some of the country’s largest companies have privately expressed their displeasure with the White House’s strategy, arguing that increasing the top corporate rate to 28 per cent from 21 per cent without restoring deductions lost in then-President Donald Trump’s 2017 tax cut bill will hurt hiring and the economy.

They also argue that enacting a global minimum tax, which other countries can or may not adopt, would drive more jobs and income out of the US. They claim that there was insufficient outreach to the business community prior to the release of the infrastructure plan, and they are worried that Biden is breaking his campaign commitments to focus on partisan issues. Executives often say that they could live with a corporate tax rate of about 25%, which was previously supported by groups such as the Business Roundtable, but only if deductions were restored and the majority of the international reform was eliminated.

Joe Biden has made many big promises and all are socialist in nature. So, him wishing to create a socialist taxation system should not come as a surprise. But when the people voted for Joe Biden they were content with the fact that he is a moderate. However, his fast slide towards the Left has baffled the American population.

The corporates have realised the same and the tax hike consideration has confirmed their doubts. They are publically expressing their discontent. Corporates and the wealth creators are even explaining, how the tax hike will reduce the jobs and the accompanying economic deflation will further entail decreased payments.