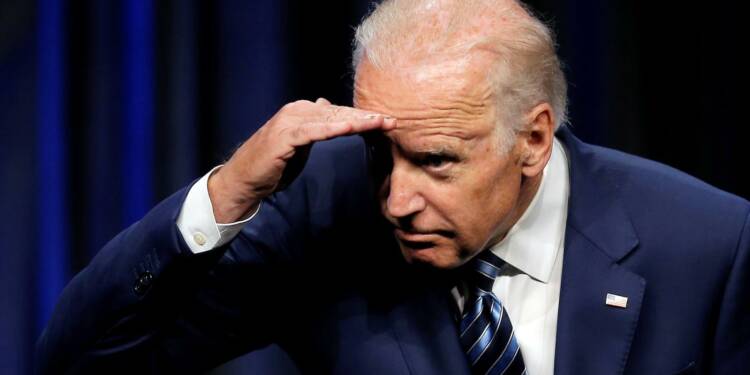 Corporate America has pined and complained for years to upgrade and overhaul the crumbling state of the US infrastructure. They have demanded that Washington should invest in the infrastructure of the United States which has become stale. But as President, Joe Biden has come up with a massive $2 trillion plus package, and the corporates do not want it anymore.

Biden’s massive investment plan, after being rejected by the GOP, is now facing pushback from corporate America, who have made their disappointment and displeasure known to the White House. Biden’s socialist agenda was exposed as the details of the investment plan tinkered through and corporate America has rejected it. They do not want a partisan bill socialist reforms, instead, they want a bipartisan bill that is American in nature and spirit.

The Chamber of Commerce and the Business Roundtable have also criticised the proposal, claiming that the tax hikes proposed by Biden to pay for it would suffocate American competitiveness.

Top executives from companies that have previously given speeches about the need for infrastructure investment have largely remained quiet, preferring to privately complain that Biden’s proposal is too costly, too partisan, too laden with unrelated social policy, and not at all what they had in mind.

Amazon CEO, Jeff Bezos, put out a statement on Tuesday which at first look, seemed to endorse Biden’s infrastructure plan. But it was not to be. Bezos, like other CEOs, indicated that he would support a higher top corporate tax rate, and he did put his name behind it. However, he refrained from endorsing Biden’s infrastructure plan, instead called for a “balanced approach” to improve America’s competitiveness. Underneath the surface, the business community despises Biden’s proposal in its present form and is hell-bent on seeing it fail.

“This plan would make America less competitive, which would mean less U.S. economic growth and less job creation,” said Neil Bradley, chief policy officer at the Chamber of Commerce. “The benefits of infrastructure would be offset by punitive tax increases. And if they move ahead with only Democratic votes, the concept of doing anything on a bipartisan basis would be over and it would just reinforce the kind of gridlock that has prevented progress on every other issue.”

Executives at some of America’s largest corporations have expressed their displeasure with the White House’s approach in private, arguing that raising the top corporate rate to 28 per cent from 21 per cent without restoring deductions lost in then-President Donald Trump’s 2017 tax cut bill would harm hiring and the economy.

They also claim that enacting a global minimum tax, which other countries may or may not follow, will force more employment and profits out of the United States. They also argue that there wasn’t enough outreach to the business community before the infrastructure plan was published, and they’re concerned that Biden is abandoning his campaign promises to work on partisan legislation on such a large scale.

Executives often claim they could live with a corporate tax rate of about 25%, which was previously endorsed by organisations like the Business Roundtable, but only if deductions were restored and most of the foreign reform removed.

The CEO of one of the world’s largest financial firms on condition of anonymity said, “It really does matter if this is totally partisan. It sounds cliché but business people really do want to sit in the middle and get behind stuff that has bipartisan support. Biden made a lot of promises to do this stuff differently. But while it has a shinier veneer, a lot of it seems just like Trump doing everything his way.”

The CEO went on to say that the business community will not endorse any bill that is put through the budget reconciliation process — a tactic that allows bills to pass the Senate with a simple majority — which the White House used to pass its $1.9 trillion stimulus bill.

Read More: Capitalists, who catapulted Joe Biden to power, are now worried about losing their capital

It’s quick for Amazon and other companies to nod at their willingness to pay a higher average corporate fee, according to a top executive at a Fortune 100 technology firm. However, the executive stated that most of the remainder of the plan would be opposed by the business community. “None of these guys can realistically with a straight face oppose a 25 per cent rate,” the executive said. “That’s not where the fight is. At all.”

Executives claim that there has been no outreach to the business community, aside from a couple of hastily planned conference calls shortly before Biden announced his “American Jobs Plan,” a concern that plagued former President Barack Obama during his two terms.

The idea of a 28 per cent minimum tax on U.S. corporations’ international income, which executives and conservative economists argue would place American firms at a disadvantage and could lead to corporate “inversions” in which they pick up overseas addresses, is perhaps the greatest fear in corporate America right now.

Business organisations, on the other hand, argue that talks about a global minimum tax have been going on for years and that there is no certainty that an agreement will be reached anytime soon. “Sure, it would be nice if we had a scheme where all of the advanced countries operated together,” said a tax specialist who works with companies who reject Biden’s proposal in its current form. “However, we’ve been discussing this for years, and tax competitiveness and the ability to set your own rates has always been a major question of national autonomy for other governments.”

Read More: As America grapples with the loss of jobs, Joe Biden comes up with a plan to kill millions of jobs across America

While the White House criticises business leaders who previously advocated for infrastructure spending but now question how to pay for it, executives propose that the administration should lower the price tag and find alternative ways to fund the programme, such as fees on potential infrastructure users.

They also fear that if a bill is rammed through on a partisan basis, all of the progress will be undone the next time the GOP runs the government.

Biden understands that his socialist agenda will never get bipartisan support. But corporate America, which has so far cradled Joe Biden and the Democrats, are now seeing for the first time that Joe Biden is not really who he claimed to be.