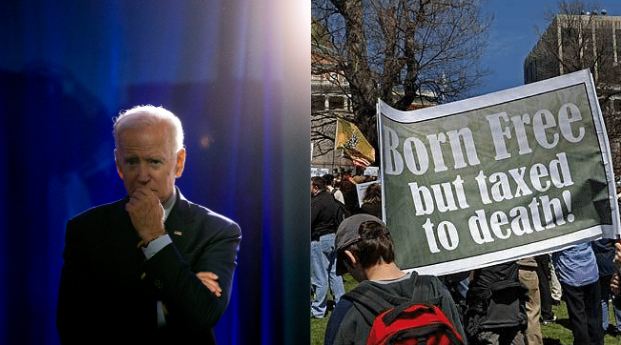 The last days of Trump in the White House brought into full public view of how the Capitalists were ready to throw him under the bus as soon as they realised Trump will be moving out. The most outspoken actions were taken by the big technology and social media giants as they banned Trump one by one. However, while these companies expected Democrats to become their BFFs, Joe Biden has done a Bernie Sanders on them.

The Capitalists who catapulted Joe Biden to power were thinking they will be given doles in return, however are now worried about losing their capital given the tax hike which is expected to be announced soon. Bill Gates, while maintaining the politically correct stance of raising some taxes, raised concerns about some proposals going too far.

The government “has to do more — health costs, pandemic recovery, climate investments, foreign aid generosity,” the billionaire said Friday during an “Ask Me Anything” Q&A session on Reddit. “So I have pushed for some higher taxes. I have disagreed with some proposals that seem to go too far.” The Microsoft Corp. co-founder called taxes an “important” issue but didn’t mention any tax proposals during the exchange.

These comments come at the backdrop of the piling speculations that President Joe Biden is planning the first major federal tax hike since 1993 to help pay for the long-term economic program designed as a follow-up to his pandemic-relief bill, according to people familiar with the matter. According to experts, The White House is expected to propose a suite of tax increases, mostly mirroring Biden’s 2020 campaign proposals.

Read more: In a grand ‘healing’ gesture, Joe Biden is coming up with a major tax hike for American Citizens, the first since 1993

As per reports and the campaign promises, the following are among proposals currently planned or under consideration, according to the people, who asked not to be named as the discussions are private: Raising the corporate tax rate to 28% from 21%, paring back tax preferences for so-called pass-through businesses, such as limited liability companies or partnerships, raising the income tax rate on individuals earning more than $400,000, expanding the estate tax’s reach, a higher capital-gains tax rate for individuals earning at least $1 million annually.

Read More: Taxing the super-rich, recurring relief cheques and tax on wealth: Bernie is burning America and the torch is in Biden’s hand

According to the Bloomberg Billionaires Index, Gates is the world’s third-richest person. He strongly believes that a higher estate tax can be an effective tool for raising income and preventing dynastic wealth. This tip-toeing between ‘the tax should be increased but the government is going too far’ explains the situation these capitalists have brought themselves in. Joe Biden, through his tax reforms, will surely hurt these wealth creators.

The US Federal Reserve’s balance sheet already soared past  $5 trillion in assets last year itself because of all the bonds and extended loans to banks, mutual funds and other central banks as a part of an effort to battle the pandemic induced downturn.

Now, if the radical left wants even more populist measures, then the Fed Reserve will be forced to purchase even more bonds to sustain the increasing pressure. This will start a vicious downward cycle, and the capitalists will be the target every time.