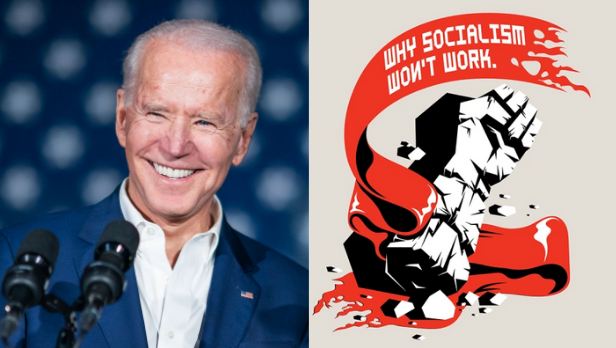 Joe Biden came with the slogan of healing America, but his actions are signalling further division of the country. While the country is reeling with the pandemic and further mismanagement by the Biden administration, the news of a major tax hike is nothing short of a horror story. While no one can deny the need for improving the situation of all Americans, making the wealth creators bleed cannot be an answer for the same.

President Joe Biden is planning the first major federal tax hike since 1993 to help pay for the long-term economic program designed as a follow-up to his pandemic-relief bill, according to people familiar with the matter. According to experts, The White House is expected to propose a suite of tax increases, mostly mirroring Biden’s 2020 campaign proposals.

The economic situation has been further weakened with the $1.9 trillion Covid-19 stimulus act. But unlike this, the next initiative, which is expected to be even bigger, won’t rely just on government debt as a funding source and that is where the healing stops, reflecting the socialist approach of the Biden administration.

Though it’s becoming abundantly apparent that the tax increases would be part of the plan — Treasury Secretary Janet Yellen has stated that at least part of the new bill would have to be compensated for, pointing to higher taxes — key advisors are now preparing for a bundle of reforms that may entail a rise of both the corporate and individual tax rates for high earners.

“The focus is on addressing the unequal treatment between work and wealth,” said Sarah Bianchi, head of US public policy at Evercore ISI and a former economic aide to Biden. This sounds exactly like the socialist slogan of tax the rich, which was being propounded by the ultra-leftist Democrats and whom the American public had rejected. While the White House has rejected an outright wealth tax, as proposed by progressive Democratic Senator Elizabeth Warren, the Biden administration’s current thinking does target exactly the same demographic.

As per reports and the campaign promises, the following are among proposals currently planned or under consideration, according to the people, who asked not to be named as the discussions are private: Raising the corporate tax rate to 28% from 21%, paring back tax preferences for so-called pass-through businesses, such as limited liability companies or partnerships, raising the income tax rate on individuals earning more than $400,000, expanding the estate tax’s reach, a higher capital-gains tax rate for individuals earning at least $1 million annually.

Read More- Taxing the super-rich, recurring relief cheques and tax on wealth: Bernie is burning America and the torch is in Biden’s hand

Naturally, this cult-like hate of the rich will come back to bite the Biden administration. As the rich are the real wealth creators and taking away their incentive to do the same, kills the entrepreneurial spirit and goes against the basic concept of the American Dream. While it may bring some gains in the short terms, it will deal with a big economic disaster in the long run. Joe Biden is flirting with socialism which has never been an intelligent proposition.

Google could face $5 billion fine for its ‘Incognito Mode lies’