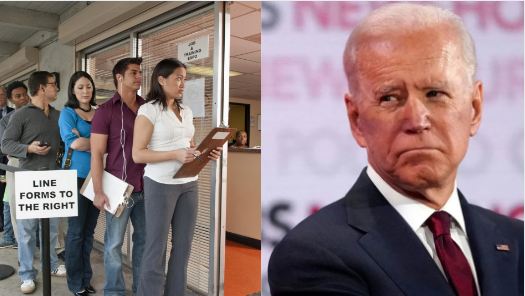 Joe Bien’s policies till now were affecting either the USA in general or the society in multiple indirect ways. However, the latest set of policy choices have a direct bearing on the job security and standard of living for the US citizen in the near post-pandemic future. As the Biden administration increases the tax rates, it is going to kill millions of jobs across America and that too at a time when the US citizens will be hoping for some semblance of normalisation.

The US Chamber of Commerce, Business Roundtable and other business lobbies say that they strongly oppose raising the corporate income tax rate to 28% from 21% to pay for the $2.25 trillion infrastructure plan that Biden is unveiling on Wednesday. They want to see a user-fee model for raising money for improvements.

The Chamber plans to have its member companies engage directly with the lawmakers to provide real-life examples of what an increase in the corporate tax rate would mean for their firms, such as not opening a new manufacturing facility, according to a person familiar with its plans. The people who run businesses, the wealth creators are the people who spur the economy and provide jobs. Joe Biden wants to treat them like a cash cow squeezing them to finance his own ill-thought-out agenda.

Joe Biden, in his attempt to finance his monstrous and impractical stimulus and infrastructure plans, is trying to gain capital by bleeding the big corporates and wealth creators. US recorded job loss in December for the first time since April as rising COVID-19 cases and new business constraints impacted the world’s largest economy.

The unemployment rate and the number of unemployed persons, however, remained unchanged at 6.7 per cent and 10.7 million, respectively, as per the data released by the US Labor Department in early January. Although both measures are much lower than their April 2020 highs, they are nearly twice their pre-pandemic levels in February 2020 (3.5 per cent and 5.7 million, respectively).

And as the taxation increases, they are expected to further deteriorate the situation. It may lead to many businesses not opening, big companies making layoffs, and worse of the worse, moving companies where the US authorities may not be able to bully them. Companies leaving America would an economic disaster for Joe Biden.

According to Michael Hanson of the Retail Industry Leaders Association, raising the corporate tax rate for all businesses does not seem to be the answer because too many companies are currently paying little to no corporate income tax, while others pay full freight. In his statement, he also added that closing tax loopholes or re-instituting some form of a minimum corporate tax is a better approach.

A higher corporate tax rate would result in higher energy rates and lower salaries for jobs as businesses pass on the costs. According to spokesman John Kartch, it would also affect small companies grouped as enterprises at the worst possible moment after the coronavirus pandemic. And as the tax rates become active, it will lead to further deterioration of the already precarious Job market in the USA.

Even highways are racist now. Biden decides to stall a highway project in Texas because of race reasons