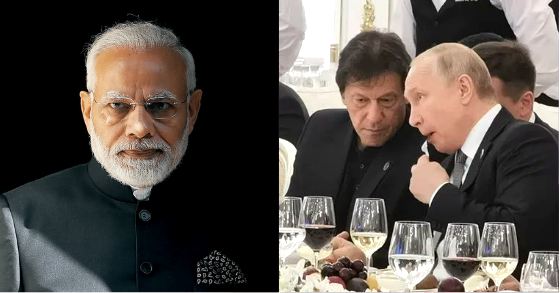 Indo-Russian ties are a unique case in global diplomacy, in the sense that the two countries have really shown the ability to remain allies even without much ideological affinity. New Delhi and Moscow remained partners, even during the Cold War even though India did not join the Soviet-led bloc. But the world is changing quickly and there are fresh challenges in the bilateral relationship.

The latest turn of events in the Indo-Russian relationship is Moscow’s decision to provide unspecified military gear to Pakistan, India’s eternal enemy and the hotbed of cross-border terrorism in South Asia. New Delhi remains worried about how its old friend is looking to improve ties with the Chinese Client State on India’s West. Russia-Pakistan rapprochement can be given multiple interpretations and most importantly, it can upset the time-tested Indo-Russia ties.

First of all, the biggest issue is that Moscow does understand India’s concerns. Only in September last year, Moscow had declared that it would not be supplying arms to Pakistan and New Delhi can be assured that the prospect of any deal happening with Islamabad was next to impossible.

The thrust of Indian geo-strategy has been to convince Russia that the Indo-Pacific concept is not divisive and that Moscow should pursue its own interests in the region. But it is not easy to convince the Russian diplomats especially with Biden at the helm of affairs in the United States of America.

Actually, the Biden administration keeps talking about taking ‘American leadership’ forward or reworking with old allies. These are all references that get Russian strategists worried. They start feeling as if the US is reviving Cold War-era tactics. Within Moscow, there is bound to be considerable anguish about India’s role as a Quad partner, just like New Delhi should be worried about improving relations between Moscow and Islamabad.

So, Russia probably wants to counteract India’s role in the Indo-Pacific concept, which Russian diplomats describe as “Asian NATO.” There is clearly an uneasy feeling within Russia about India’s growing proximity with the US, especially with an anti-Moscow President in charge of affairs at the Oval Office. Better ties with Pakistan is therefore a means for Russia to tell India that even they have an option to improve ties with non-traditional partners.

So, Russia could be merely using Pakistan as a means of sending subtle signals to New Delhi. This thought process also gets reflected in how Moscow has been behaving in the recent past.

First, Russia assured military equipment to Pakistan and criticised the Indo-Pacific concept. Then, it described India as a “trusted partner” and also made it clear that there were no divergences or misunderstandings between the two countries. For further clarification, Moscow made it clear that it has “limited cooperation” with the Islamic Republic of Pakistan based on “independent” relations.

Also, Pakistan-Russia relationship does have an independent element too. Over the past one decade, Russian President Vladimir Putin has shown the ambition of making his country a Great Power all over again. As such, Moscow wants to exercise influence even beyond its privileged sphere of influence in Central Asia, Eastern Europe and the Arctic. In 2015, Putin launched the Greater Eurasian Partnership (GEP) concept, wherein Russia wants to unite the entire region in a single system.

From a Russian point of view, GEP cannot succeed unless Moscow has a balanced relationship with all the countries in the vast region. Therefore, Moscow seeks better cooperation with Islamabad.

Also, Russia would be wary of Chinese influence in Pakistan and Putin understands that if he is to lead the GEP concept, then he must enjoy at least some influence over Islamabad. As such, Russia needs to counteract, China’s growing hold over the Islamic Republic of Pakistan.

Finally, Russia is moved by its own compulsions also. The fact remains that India is changing. Till now, New Delhi remains one of the biggest purchasers of Russian defence equipment. The military equipment purchases formed the bedrock of Indo-Russian relationship and this also shows up in how India purchased Russia’s Sukhois, MiGs, AK rifles and even the S-400 air defence system.

But today, India wants indigenisation in defence equipment. There is a nationalist govt in India which wants to make the country a net defence exporter. This could actually mean a reduction in India’s military imports from Russia. Moreover, India has been growing closer to other defence partners like France and the US. And with Biden at the helm of affairs in the Oval Office, Putin would also be worried if the West starts pressuring India against buying Russian military hardware.

For Putin, the situation is that much more complex as Biden has announced a new wave of sanctions on Russia. So, given the present state of the Russian economy, it would be futile to expect much diversification in the Indo-Russian relationship either. To be very blunt, Russia has become a two-sector economy dependent on defence and oil/ hydrocarbon exports. Therefore, any Indian attempt to cut down or diversify its arms imports is bound to worry Moscow.

By selling arms to Pakistan, Russia only plans to convey that if India doesn’t buy its arms, then Moscow would start exporting them to Pakistan. This is why Russia also speaks about “limited cooperation” with Pakistan. Russia might be tempted to sell only as much defence equipment to Pakistan, as India stops buying from it.