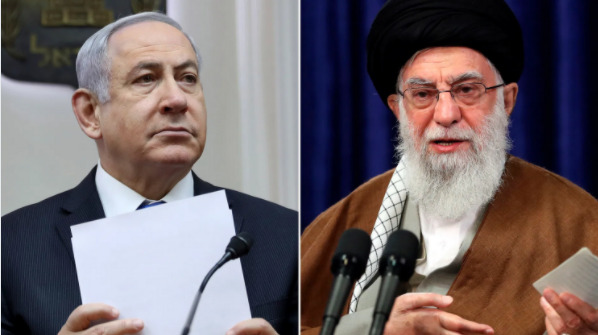 Big powers use all that is in their power to get the message through, and sometimes it is better to use someone with a neutral outlook to do the bidding. The ex-IAEA official Olli Heinonen has become the very someone to get the message from the Biden administration and makes sure that it reaches the intended party. Ex-IAEA official issues a Joseph Gobbels-style propaganda to somehow deter Israel from attacking more Iranian nuclear facilities.

Olli Heinonen, an ex-deputy director-general of the International Atomic Energy Agency, stressed jumping from 60% to 90% in a week was theoretical, comparing it to the month or so needed to go from 20% to 60%. Enrichment at 20% is already a relatively short technical step away from weapons-grade levels of 90%. Heinonen also played down the significance of the latest increase in enrichment levels. “It’s not a huge difference. At this point, this is a demonstration,” he said. “They want to show that they can do it.”

The way he was explaining, it would seem that Iranians are not dangerous at all for either Israel or other Middle Eastern powers. In a way, he is saying that the regional powers should not be worried about the pace and the direction in which the Iranian Nuclear Programme is headed. At a time when the USA is in the middle of deliberations with Tehran along with other European parties, it wants Israel to comply with the developments whatever the cost maybe and these messages by an ex-IAEA official are signalling the same.

Earlier too Iran had “almost completed preparations” to launch 60 per cent uranium enrichment, as per the United Nations’ nuclear watchdog. The International Atomic Energy Agency (IAEA) earlier said that Iran is willing to activate 1,024 more IR-1 centrifuges, its older first generation of the machines at the Natanz nuclear plant. This came just before the meeting in Vienna, and it was sure to give Tehran an upper hand in the discussion and it was a message for Biden and not entirely for Israel.

Read more: Iran says it will go ahead with nuclear enrichment and it is a message for Biden and not Israel

While the earlier message was for Joe Biden so that the bargaining position of Iran improves at the deliberation table in Vienna. This time the message is directed at Israel. The USA wants Israel to stop the offensive at Iran, so that it may not be deterred by the barrage of offensive. For the Biden administration, placating Iran holds the highest position, as he is even willing to have a nuclear deal with Tehran at a juncture when its words cannot be taken for the guarantee that it will not create nuclear warheads.

Israel knows that Iran gaining nuclear warheads is an existential threat to itself. And this is why any time the possibility of Iran gaining the warheads becomes a reality, Israel tries its best to thwart that, being an ally USA too understands it. However, under Joe Biden, the USA has changed priorities and securing its Middle Eastern allies is not at all of importance. Given these statements cannot be made directly, the USA has used an Ex-IAEA official to issues a Joseph Gobbels-style propaganda to somehow deter Israel from attacking more Iranian nuclear facilities.

Biden administration is successfully driving Ukraine towards an early demise