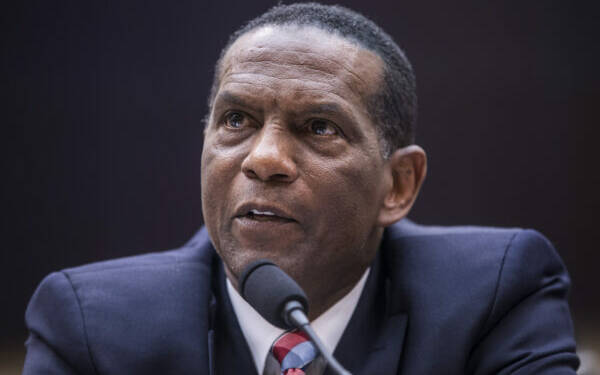 If anything is declared by the Mainstream Media as racist, then it is considered to be true at the face value. However, something unprecedented just took place. Even after all the PR tactics to demonise the voting law in Georgia, and even the direct interference by President Joe Biden himself, a group of black leaders have come out to show all these people mirror.

A group of 21 black leaders defended Georgia’s recently passed voting law in a letter to Senate Judiciary Committee members on Tuesday, calling the criticism of such laws a campaign to sow division and misinformation as part of a broader agenda by the Democrats to nationalize voting laws. “It has become clear that even well-intentioned critics of the law simply have no idea what the law is,” the community leaders wrote in their letter to the senators.

The latest reforms in Georgia will go a long way in ensuring free, fair and secure elections in the future. The law gives the state election board powers to take control of the election offices in 159 counties of the state if any anomalies, technical glitches or discrepancies are reported, while also imposing ID requirements for absentee ballots, replacing the current system that required only signatures. Yes, you heard that right. Only signatures!

The law also bans the practice of giving food or water to voters in line at polling stations. According to the latest reforms in Georgia, the number of “drop boxes” in which people can place their absentee votes has also been limited. The new law also shortens the time for runoffs in the state from nine weeks to four weeks, thus reducing the span of runoffs in Georgia. Needless to say, these are progressive reforms at streamlining the voting process in the state. Yet, Democrats are up in arms against the state of Georgia for daring to reform its electoral process.

“The Georgia voting law—like so many others being pursued by Republicans in statehouses across the country—is a blatant attack on the right to vote, the Constitution, and good conscience. It’s Jim Crow in the 21st Century—and it must end,” wrote Biden in a March 26 Twitter post.

“Instead, critics of the law have substituted passion for reason, hysteria for judgment,” the leaders wrote to Sens. Dick Durbin (D-Ill.) and Chuck Grassley (R-Iowa). “They have launched a despicable smear campaign against supporters of the law and economic reprisals against the state of Georgia—punishing the very people they claim to champion. They have tarred with the brush of racism people whose only sin is a desire for confidence in our elections.”

The letter was sent the same day the Democrat-led Senate Judiciary Committee held a hearing entitled: “The Latest Assault on the Right to Vote.” The meeting addresses state legislatures introducing and enacting new voting laws, which Democrats are calling an assault on voting rights and Republicans are saying secure the voting process.

The black leaders claim that the Democrats’ true motivation for attacking state voting laws, such as the one in Georgia, is for the federal government to gain charge of the country’s voting rules.

“The real agenda behind these attacks on Georgia’s new election law and the smears against supporters of voter identification is to create the political environment for a sweeping new power grab by folks in Washington,” the leaders write.