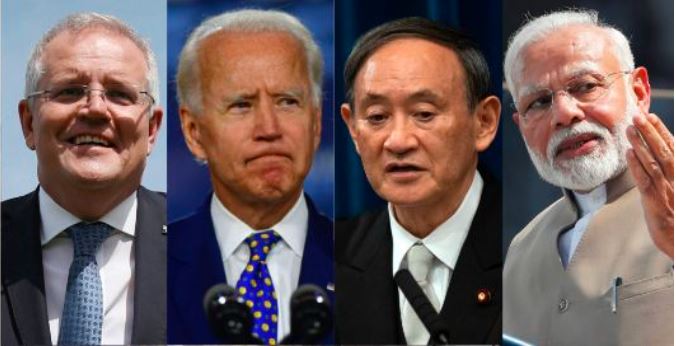 The Biden administration’s aims are run opposite to what will benefit the USA and its allies. Coupled with the relatively mild approach towards China, Joe Biden is doing a major disservice to the previous Presidents and the US allies who have worked hard to keep the US in the position that it has been for a very long time. Now, the Biden administration is doing the same things with the very Quad that the previous President Donald Trump. Joe Biden is taking actionable calls of topics with the G7 which could be better addressed if worked with the Quad members.

A top White House official said on Friday that the US would encourage its Group of Seven (G-7) allies to raise pressure on China over the use of forced labour in its north-western Xinjiang province, which is home to the Muslim Uygur minority. In June, US President Joe Biden will attend a meeting of the G-7 advanced economies in Britain, where he is expected to concentrate on what he sees as a strategic rivalry between democracies and autocratic states, especially China. This unprecedented focus on the G-7 as a grouping to address the China threat, however, is just a diversion to hide the fact that Joe Biden is not serious to take on the Chinese Communist Party. So, China can breathe easy now because Biden has effectively pulled the plug on Quad.

The G-7 comprises Britain, Canada, France, Germany, Italy, Japan and the United States. The European Union is also represented within the group. This group is not a serious threat to the CCP as it is missing the two nodes of the Indo-Pacific that are Australia and India. The Biden administration has deliberately pushed the China issue with G-7 as it is filled with countries who do not have any incentive of acting aggressively against China and by doing so, the USA can say that it tried while keeping things away from any serious damage inflicting action.

Japan too has a message for the US that it will not cooperate unless Biden follows Trump-era policy of keeping the Quad and the Indo-Pacific in the mainstream. When former President Donald Trump was in power, China issues came up for discussion exclusively before the Quad comprising Australia, India, Japan and the US.

Trump’s insistence on cooperating with the Quad and not with the G-7 or NATO regarding China was based on his Free and Open Indo-Pacific policy. It was made on the realisation of the geopolitical reality that Indo-Pacific powers like Australia and India are most deeply affected by Beijing’s rising hegemony. Therefore, these powers were more adequately positioned to hurt China. On the other hand, Western powers like Canada and the EU were supposed to play second fiddle.

Read more: Japan makes its stand to the US clear. It wants to punish China, but through Quad and not G7

Daleep Singh, the deputy national security adviser to Biden and deputy director of the National Economic Council, said the G-7 meeting in Cornwall would focus on health security, a synchronised economic response to the Covid-19 pandemic, concrete actions on climate change and “elevating shared democratic values within the G7”. “These are like-minded allies, and we want to take tangible and concrete actions that show our willingness to coordinate on non-market economies, such as China,” said Singh, who is helping to coordinate the meeting.

However, what the members of the Biden administration would not tell is that there already exists a grouping to deal with the different aspects of CCP and more effectively and that is Quad. By dividing the objectives of Quad with other organisations, Joe Biden is wilfully diluting the objectives and requirements of the Quad as a grouping. And it can be only understood by the fact that Joe Biden is not serious to directly take on China and just wants to bide his time by decorative measures.

Biden administration had the opportunity of helping India, it instead used India to score political points