Japan makes its stand to the US clear. It wants to punish China, but through Quad and not G7 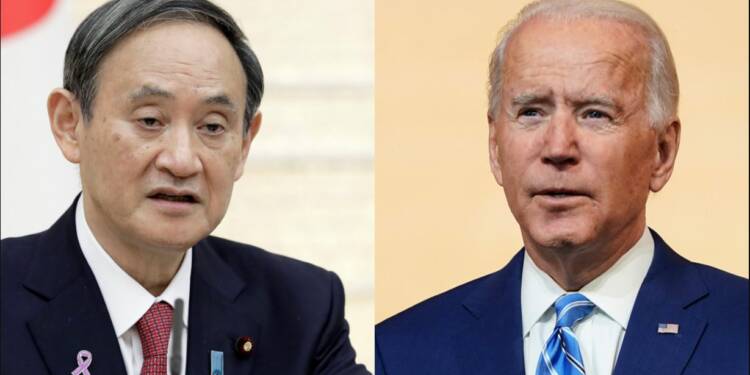 The European Union, the United States, the United Kingdom and Canada imposed coordinated sanctions on Chinese officials last month over the persecution of Uyghur Muslims in China-occupied Xinjiang. So, basically the entire G-7, a group of advanced world economies. Japan is however the only G-7 nation which did not take part in the US-led sanctions.

So, what should we conclude? Has Japan forgiven China for the Xinjiang genocide? While China might want to believe this, the reality is certainly vastly different. Japan wants to punish China, but it is only pushing back Biden administration’s efforts to undermine the centrality of the Indo-Pacific powers like the QUAD. Japan is refusing to coordinate with the West, instead of the Indo-Pacific in its China strategy.

The fact that Tokyo does not have any plans to let go the Xinjiang issue is very clear. Recently, Kagome, Japan’s “king of ketchup” stopped importing tomatoes from Xinjiang. This was the first time that a Japanese company refused to continue trade with China-occupied Xinjiang over concerns of serious human rights violations. Within China, the move was interpreted as a ‘gift’ to the United States.

Yet, Kagome’s decision to stop purchasing tomatoes from Xinjiang helped Japan in giving a statement of intent. Tokyo has been able to show that it is not indifferent about what is happening in Xinjiang.

However, Japan has a message for the US that it will not cooperate, unless Biden follows Trump-era policy of keeping the QUAD and the Indo-Pacific in the mainstream. When the former President Donald Trump was in power, China issues came up for discussion exclusively before the QUAD comprising Australia, India, Japan and the US.

Trump’s insistence on cooperating with the QUAD and not with the G-7 or the NATO regarding China was based on his Free and Open Indo-Pacific policy. It was made on realisation of the geopolitical reality that Indo-Pacific powers like Australia and India are most deeply affected by Beijing’s rising hegemony. Therefore, these powers were more adequately positioned to hurt China. On the other hand, Western powers like Canada and the EU were supposed to play second fiddle.

But Biden brings along his own dogmas. As a Western liberal, the US President lives in the illusion that only the Atlantic powers can understand issues like human rights violations. By excluding the Indo-Pacific powers in coordinated action over Xinjiang, Biden is manifesting his serious prejudice against democratic powers outside the Western world.

In fact, even during his election campaign trail, Biden kept talking about restoring American leadership. He also kept alleging that Trump was abandoning US allies. Indeed, Trump had side-lined the West due to its declining importance and was hobnobbing with new American allies. But Biden is more comfortable in his little old world where the US considers only the West as its true ally and ignores other rising powers.

Japan, on the other hand, is a part of both the G-7 and the QUAD. When Biden took the G-7 route to address Chinese human rights violations in Xinjiang, Japan did have the option of joining the Western-led sanctions. However, Tokyo understands geopolitics of the region. It also understands the need to keep broader Indo-Pacific alliance alive.

By keeping itself outside the Western-led Xinjiang sanctions, Japanese Prime Minister Yoshihide Suga has given a loud and clear message to Biden- start cooperating with the Indo-Pacific, or you might as well lose our support.