Biden is only going to strengthen China 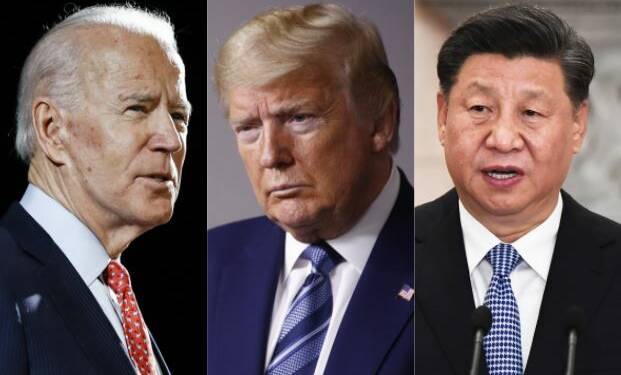 As the American liberal media’s President-elect Joe Biden announced his cabinet nominees, the pro-Democratic propaganda against the US President Donald Trump has also started peaking. The argument that Biden supporters or even Biden himself keeps making is that Trump has let down American allies and reduced Washington’s role in leading the world. But is it true? Has Trump actually rejected American allies?

Trump hasn’t really deserted American allies. But he tends to understand that we are living in a changing world and the fact that your allies change with changing geo-strategic realities. Therefore, Trump is making an active transition in the American foreign policy that used to revolve around the Cross-Atlantic ties with Europe towards anti-China activism in the Indo-Pacific. Trump also chose true allies like Australia, India, Japan, and South Korea.

At the outset, Biden’s perception of American allies is very different from that of Donald Trump. For Biden and his advisors, China is not even a threat. So, in Biden’s worldview, the US doesn’t have strategic allies in the Indo-Pacific region. Biden still lives in the US-Russia Cold War era, and therefore he considers the EU or the NATO members as true American allies.

On the other hand, Trump knows how China is the biggest threat to the US or even the entire democratic world. Russia, on the other hand, has got de-industrialized, and unlike Beijing, isn’t going to be difficult to negotiate with.

In this context, whenever Trump doesn’t entertain the Germany-led EU, whom Biden thinks of as the biggest American ally, the Democrats tend to get pestered. They unwittingly start thinking that Trump is rejecting American allies or refusing to play the global leadership role.

Today, Biden keeps claiming that he will make the US a world leader all over again. Recently, the 78-year old Democrat said, “They embody my core belief that America is strongest when it works with its allies.” He added, “It’s a team that reflects the fact that America is back. Ready to lead the world, not retreat from it, once again sit at the head of the table. Ready to confront our adversaries, not reject our allies. Ready to stand up for our values.”

But is Biden really going to stand up to the adversaries of the free world? At least, Biden’s cabinet nominee picks suggest otherwise. Take, for example, Jake Sullivan, who has been nominated by Biden to play the role of US National Security Advisor.

Sullivan himself is a vociferous advocate of China’s “rise”. In 2017, he had said, “We need to strike a middle course – one that encourages China’s rise in a manner consistent with an open, fair, rules-based, regional order.” He had added, “This will require care and prudence and strategic foresight, and maybe even more basically it will require sustained attention. It may not have escaped your notice that these are not in ample supply in Washington right now.”

Biden talks about respecting American allies and confronting adversaries. But at least one of his cabinet picks could go out of his way to befriend the ‘paper dragon’. How does that work?

The fact remains that Trump never rejected American allies. He was only realigning the US with the new world order that is going to be rooted in the Indo-Pacific. Biden, on the other hand, keeps talking about assuming the global leadership role but his worldview is still stuck in the Cold War era. And therefore, his brand of global leadership is both anachronistic and useless.

Biden can keep blaming Trump over his foreign policy. But the fact that remains that Trump was updating Washington’s outdated diplomacy, whereas Biden’s foreign policy seems like a real non-starter.

Chinese cities are collapsing, thanks to CCP’s flawed model of development