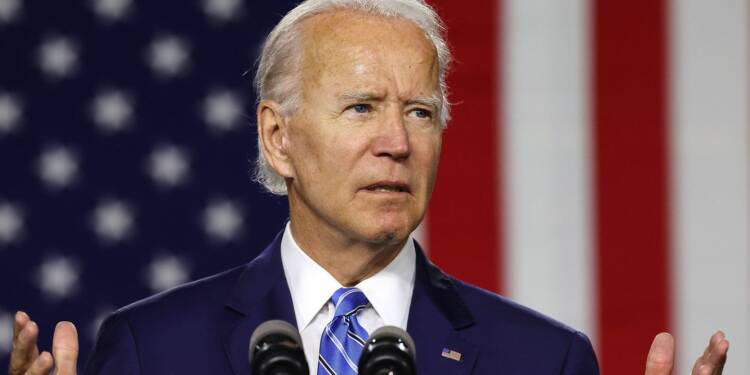 Joe Biden’s moderate take on foreign policy is common knowledge. His soft stance on China and its authoritarian leadership is typical of a Democrat. But in the face of a rising aggressive Chinese influence, the US stands to lose its position of power, its leadership, and most importantly its place in the international structure. Donald Trump’s policies were coercive and brutish but most importantly they were successful.

The United States made great strides in Asia limiting Chinese influence. States had an option as the United States’ powerplay tilted the balance against China. With Biden’s foreign policy, the United States could lose it all until and unless it sticks to the precedent set by the Trump administration. The upcoming four years could either reimpose the US supremacy if it follows in the steps of the previous administration or it could find itself in the crevices of China’s expansive foreign policy.

India is at the center of the United States’ Indo-pacific strategy. The Quad, and various military pacts with India like the COMCASA and the BECA, topped with Mike Pompeo’s visit to India and the USA’s support India’s cause in the region had solidified the relations between the two powers. Trump’s bonhomie with his Indian counterpart helped in cementing relations and furthering mutual interests while simultaneously containing Chinese influence.

India’s relativity while dealing with neighboring states such as The Maldives, Bangladesh, Sri Lanka, Myanmar, and Nepal has also allowed the US to expand its interests in the subcontinent and its periphery. Therefore, a change in the outlook will not just impact the USA’s relations with India but also with the other states in the region as well. Joe Biden’s policies will pull back the US’s influence and will limit foreign policy initiatives to counter Chinese belligerence in the future.

In southeast Asia, Trump’s trade war with China benefited other states such as Vietnam and ASEAN member states. This also resulted in choking Chinese influence along the South China sea as these small but significant were presented with an option in the United States. But if Joe Biden’s election campaign is anything to go by then the tariff wars might become a relic. This would further diminish the USA’s role in the region as the South East Asian states will revert to their old habit of being dependent on Chinese investments and trade.

Doing so will be questionable as not only will it restrict the US’s capability in the region but it will also promote unchecked Chinese aggression in the region. Further questions about the United States’ capabilities and its commitment to a free world will increase. To avoid it, Joe Biden must act on the precedence of the Trump administration with Democrat characteristics to ensure that the US does not become a second-grade power in the region. While military hardlines can be eased, an absence of economic incentives will be tragic for the United States.

The USA’s Indo-Pacific policy, Japan specifically plays one of the most important roles. US-Japan relations, irrespective of the leaders has been a pillar of the US presence in the region. Moreover, Japan’s interest in the QUAD could influence the US’s policy in the region. Japan’s close relations with India can help the US navigate through the region and maintain its status of a responsible and major power in the “Indo-Pacific”.

The elections will not have a major impact on Japan-US relations and the Quad can help the US to maintain a power balance in Asia.

The most severe impact of a leadership change will be felt by North Korea. While the Trump administration was able to handle North Korea’s power and made inroads to halt Kim Jong Un’s belligerent policies. The Biden administration will reverse all of it. Joe Biden was one of the harshest critics of the US-North Korea relations under Trump and that should indicate hard-line sanctions against the authoritarian state in the Korean peninsula.

This would severely impact all of the progress made under the Trump administration and would allow North Korea to resume hostility in the region. With Joe Biden bent on receding the United States from Asia, North Korea’s militancy could rise unchecked.

Therefore, before reversing or receding the United States’ policies from under the Trump administration, Joe Biden and his fellow Democrats should understand the impact of such an aggressive pull out from Asia. The instant impact will demoralise the anti-China nexus but most importantly it would impact the status of the United States as the leader and as a superpower in the free world.

Read More: If Trump loses, PM Modi will become the unanimous anti-China leader of the world

The US stands to lose more if it acts on Biden’s policies than if it follows Trump’s lead. While the US may gain personal interests, its capability to impact others will dismantle. If it fails to limit China’s rising aggression then the US would become one of the also-rans who’ll fold in the face of China’s rise.